Robert Austin Martella, a longtime Darien resident and World War II veteran, passed peacefully on Feb. 5 at the age of 94. 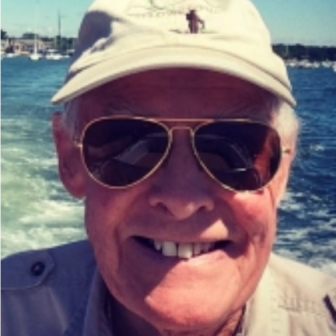 Bob was born in Port Chester, New York on June 24, 1925, the son of Austin B. Martella and Florence Murray. His father was a Sergeant in the Marine Corps in World War I and, when his time came, Bob was proud to follow in his dad’s footsteps.

His mom was also a huge influence, instilling in him the importance of family that he would carry and celebrate for the rest of his life.

Bob graduated from Port Chester High School, where he was a member of the gymnastics and cheerleading teams and during the summers a lifeguard at Rye Beach.

After high school, eager to join the war effort like so many of his older friends and classmates, he convinced his dad to write a letter to the local recruiting office giving permission for Bob to enlist, which was needed because he was only 17 years old!

During WWII he spent three years with the 5th Air Forces, Signal Corps Division, and was awarded three Bronze Service Stars for his campaigns in New Guinea and the Philippines. He loved telling stories about his time overseas, stories that usually featured his pet monkey, his one-eyed fighting rooster and his meeting Bob Hope on a hospital ship.

After returning from the Pacific Bob married Janet L. Werring on Aug. 27, 1949, and they spent their first year living together at Tusculum College in Tennessee where Bob was attending school on the GI Bill.

After living in Rye and Yorktown Heights they settled in Darien in 1972, where they stayed for the remainder of their lives. This time together saw them easily eclipse the Golden Anniversary mark as in the end they were married for 69 years.

Bob worked for Liberty Mutual Insurance in New York City for over 36 years. He was very active as a troop leader in the Boy Scouts and, along with his wife Janet, a volunteer with Pegasus Therapeutic Riding program.

He loved gardening and tinkering around the house, but his favorite hobby by far was boating. In addition to indulging this passion he also donated countless hours helping out (and hanging out) at The Darien Boat Club. (He was asked to be the commodore several times but always declined, choosing to contribute behind the scenes so the “politics” didn’t interfere with his love of boats.)

We will miss Bob’s avid storytelling and his enthusiasm for life’s little moments, from sharing cocktails on the deck with his beloved wife to presiding over family barbecues to celebrating every conceivable holiday on the calendar.

Bob is survived by his children Robert (Linda), Suzanne, Barbara Morehouse (Hank), Karen and Charles (Ariadna). He was a proud grandfather of Lauren, Evan, Leal, Diego and Sofia. His sister, Pam Flanagan, resides in Greenwich.

The family would like to thank Darien EMS Post 53, the nurses of Waveny Home Health Care and Visiting Angels of Stamford.

There will be a Mass of Christian Burial at 10:30 a.m., Monday, Feb. 10 at St. Thomas Moore Church, 374 Middlesex Road in Darien, followed by an interment ceremony at Spring Grove Cemetery in Darien.