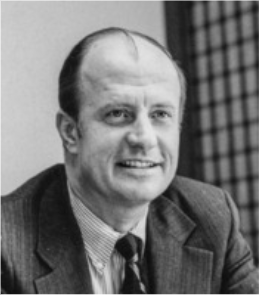 Robert Anderson, 89, passed away on Dec. 13. His funeral was held in February.

Robert Anderson, 89, of Redding and a former longtime resident of Darien, passed away peacefully on Dec. 13, 2019.

Robert Anderson, 89, passed away on Dec. 13. A celebration of his life was held in February.

He was born in Dec. 1929 to Edwin and Elsie Anderson in Brooklyn, New York, and grew up in Malvern, New York. Bob graduated from Brown University in 1951, after which he served three years as an officer with the U.S. Navy’s Mediterranean fleet.

While Bob attended Brown, he met the love of his life, Anne Schroeder. They married in 1953 and lived in Naples, Italy for two years during Bob’s Navy deployment. Bob and Anne were married 66 years.

Soon after returning to the U.S. in 1954, Bob launched his career in marketing with Proctor & Gamble in Cincinnati. When he joined the William Esty advertising agency in New York, his family moved to Darien in 1962, where they lived for 16 years and were members of the Wee Burn Country Club.

Bob later worked for Lever Brothers (Unilever) in New York for 15 years, rising to executive vice president and member of the board.

When Bob retired early to pursue his many hobbies, he and Anne moved to the Ocean Reef Club in Key Largo, Forida, where they lived for 30 years while keeping a summer house in Darien.

Bob is survived by his wife, Anne Anderson, and by his daughter, Katherine Anderson O’Hara, and many cousins. His interment in Darien was private. A celebration of life was held for close friends and family in February.