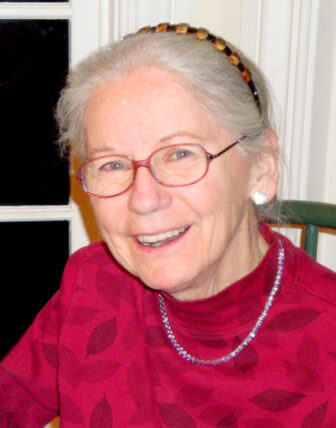 Rita Luttich, 88, passed away on April 21, a private burial will take place later.

Rita worked as a secretary and a homemaker raising three children. She was an avid painter and seamstress and enjoyed traveling and reading, but her greatest love was for her family.

She was pre-deceased by her beloved husband Harry O. Luttich. Rita is survived by a son, Edward H. Luttich of Fallbrook, California; and two daughters: Barbara L. Knowlton (and husband David) of Watch Hill, Rhode Island and Nancy L. Cornacchia (and husband Thomas) of Darien. She is also survived by nine grandchildren: Katie, Jack, Will, Tory, Sam, Julia, Alexa, TJ and Libby.

A private burial will take place at Greenwood Cemetery in Brooklyn.