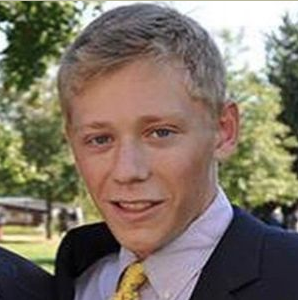 It is with great sadness that we share the early and tragic passing last Saturday, Aug. 24 of Richard E. Gray Jr., 23, known to his friends and family as Teddy.

Born Nov. 2, 1995, he was the adored son of Sabele Steuert and Joseph Steuert, his step-father.

He is survived by his loving father Richard E. Gray Sr. and the rest of his loving family including his sisters: Daphne and Adelia Gray; step-sister, Elizabeth Riva; and step-brothers: Douglas, Raymond and Joseph Steuert and their families.

Teddy attended the Salisbury School in Connecticut and then Darien High School, graduating in 2015, where he was a modern-day Pied Piper with an endless stream of friends that loved his energy, warmth and spirit of adventure.

During his high school years, he spent two summers volunteering on a rural irrigation project in Malawi (Africa) and another summer studying at the London School of Economics.

Teddy attended Hobart College for two years, and had attended College of Charleston for two years where he was a senior majoring in communications.

His goal had been to graduate in Spring 2020 and then join the U.S. Marines, a passion he had followed all of his short life.