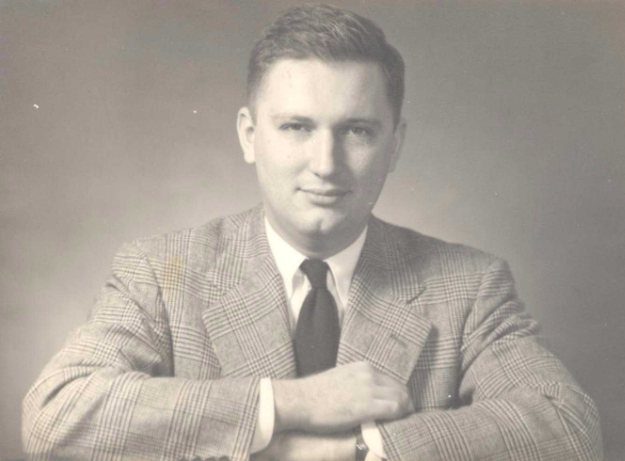 Richard W. Artis, a resident of Darien since 1964, passed away peacefully at home on Tuesday, July 4. He was 96.

Born in Bethlehem, Pa., he was the son of the late Alfred and Ruth Forker Artis. 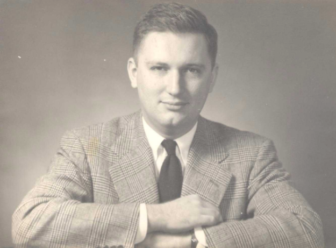 In high school he had his own licensed ham radio station and confesses to being the nuisance who caused interference in the neighbors’ reception of “The Green Hornet,” “Amos and Andy” and other nightly radio broadcasts of the 1930s.

He was an infantry officer in World War II, serving 3 ½ years, and took part in the Allied liberation and occupation of Italy.

He was a 1949 graduate of Moravian College and Theological Seminary where he served as chairman of the student board of publications and edited the college newspaper.

A lifelong music hobbyist, Artis was self-taught in harmony, composition and orchestration and had works played by several symphony orchestras in the East.

After college, Artis joined the Bethlehem Coca-Cola bottling plant as a route salesman and was later promoted to their corporate headquarters in Atlanta. There he developed sales promotion and training programs for the company’s 90 bottling plants and conducted nationwide marketing seminars. In 1961 he wrote music for Coke’s 75th anniversary convention.

In 1964, Artis was recruited to rival Pepsi-Cola headquarters in New York, where he headed up sales to the nation’s supermarkets. Following retirement from PepsiCo, he spent several years with The Universal Flavor Corporation and consulted with food marketers exploring new soft-drink acquisitions.

A member of the Noroton Presbyterian Church in Darien, he twice served as a parish deacon.

Artis was predeceased by his loving wife of 66 years, Jeanne Serman Artis; and is survived by a brother Robert of Orchard Park, N.Y.; four daughters: Susan Matthews of Germantown, Tenn., Jeanne Meder of Fairfield, Allison Gallagher of Darien, and Marilyn Jones, also of Fairfield. In addition, he leaves 10 grandchildren and nine great-grandchildren.

The family will receive friends from 2 to 4 p.m., Saturday, July 8 at Edward Lawrence Funeral Home, 2119 Post Road, Darien. Burial will be private.