Ramsey Ellsworth Joslin passed away peacefully on March 17, 2021, surrounded by family, after a long battle with Alzheimer’s disease. He was 94 years old. 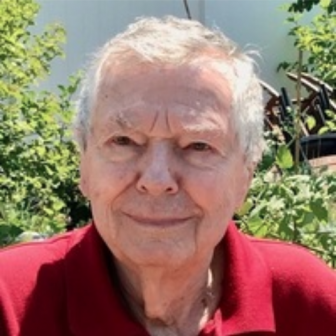 Ramsey Joslin, 94, passed away March 17. A private memorial service will be held later.

He is survived by his wife of 66 years, Sally (Sutphin) Joslin.

Ramsey was born in 1927 in Cleveland to Carl and Augusta (Ramsey) Joslin. The family moved to Farmington when Ramsey was 10 years old, which is where he and his younger brother, Brooks, spent the remainder of their childhood — and where he met his future wife, Sally.

Ramsey went to the Phillips Exeter Academy and then to Yale University, where he graduated in 1950 with a degree in finance.

Wed that same year, Sally and Ramsey moved to Darien, where they raised four daughters: Susan, Sarah, Eliza and Caroline. Ramsey’s lengthy and successful career in finance was in Manhattan, where he first worked for New York Trust and then for National Distillers and Chemical Corporation, eventually rising to the position of financial vice president.

After their youngest daughter, Caroline, was born with severe disabilities, Ramsey and Sally sought out the best of care at a time when options for the disabled were extremely limited.

They eventually became founding parents and stalwart supporters of The Lukas Community, a residential community for adults with developmental disabilities where they live in extended family households. Ramsey served as treasurer of the Lukas Community Board of Directors for many decades.

Ramsey is survived by his brother and sister-in-law, Brooks and Carol Lee Joslin; his four daughters, his five granddaughters: Joslin, Katherine, Emily, Allison and Cate, as well as his great-grandchildren: Mia, Kaiden, Charlotte, Winston, Susanna and Madelyn. He also leaves behind his nephews, Blake and Tim Joslin; his niece, Spencer; and their spouses and five children.

Ramsey is predeceased by his sons-in-law, Ronald Kendall and John Scott Wilkerson, and his grandson, Charles Ramsey Wilkerson.

A private memorial service will be held at a later date when weather and COVID permits. Donations made in Ramsey’s memory to The Lukas Foundation in Temple, New Hampshire.

— an obituary from Anderson-Bryant Funeral Home