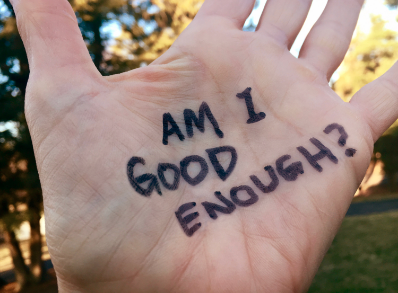 Your kids, like everyone else, will face challenges, setbacks, defeats and failures in school and later in life. As parents, you know you can’t prevent them all.

In both childhood and adulthood, the better your sons and daughters are able to bounce back and cope with those circumstances, the less likely they are to turn to destructive behaviors, including substance abuse and risky sex.

You can get advice about building resilience in your children from a psychologist, Suniya Luthar, who will speak at 7:30 p.m., Tuesday, April 23 at Darien High School Auditorium. Her talk is titled “Youth in High Achieving Schools: Maximizing Resilience.” The event is presented by the Darien High School Parents Association and the Depot Youth Center.

Here’s part of an announcement about the event from the Depot: 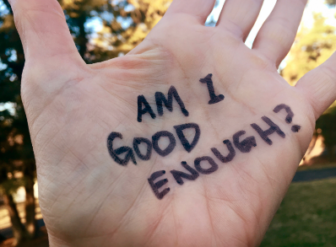 Look, if your kid’s writing this on the palm of his or her hand, you should get yourself to this event. If not, and you’re a parent, it’s likely still a good idea.

After receiving her Ph.D. from Yale University in 1990, she served on the faculty of the Department of Psychiatry and the Child Study Center at Yale.

A mother of two grown children herself, her recent scientific focus has been on motherhood; studies aim to illuminate what best helps women negotiate the challenges of this life-transforming role, and to apply these insights in interventions toward fostering their resilience. 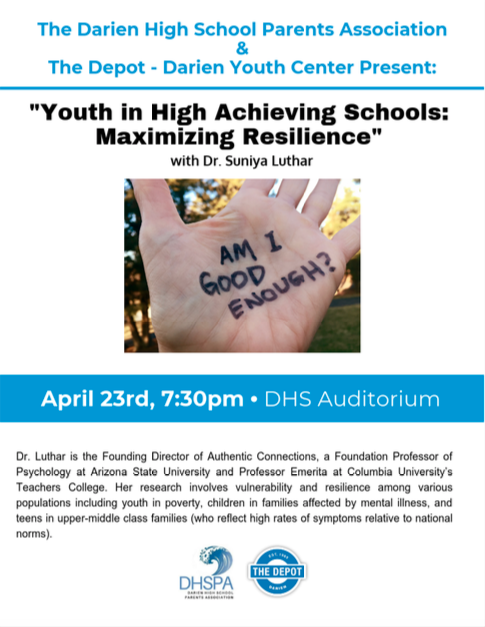