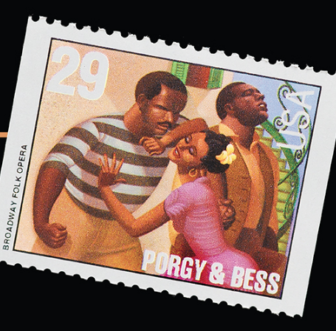 — an announcement from the Stamford Symphony

Two performances take place this weekend; On Saturday, Feb. 9 at 8 p.m. and Sunday, Feb. 10 at 3 p.m. at Stamford’s Palace Theatre.

In recognition of Black History Month in February, Stamford Symphony is proud to present the Concert Version of George Gershwin’s Porgy and Bess, which depicts African American culture of the early 1900s.

Featuring vocal soloists, Donita Volkwijn and John Fulton and the Greenwich Choral Society, the program will allow you to hear, live, the sounds of the blues and spirituals that became the standards of the Great American Songbook, including  “Summertime,” “I Got Plenty O’Nuttin,” and “It Ain’t Necessarily So.”This concert opens with popular selections of choruses and duets from beloved Italian operas including Rossini’s Barber of Seville Overture, Puccini’s Humming Chorus from Madame Butterfly and Verdi’s Triumphal March from Aida to name a few. For a full listing, please see our event page.

An introductory offer of Buy One Concert, Get one Concert Free (2 concert mini subscription) is available to new subscribers. Just call our exceptional Patron Services at 203.325.1407 x 10 to select your seats and subscription for a season you will not regret. 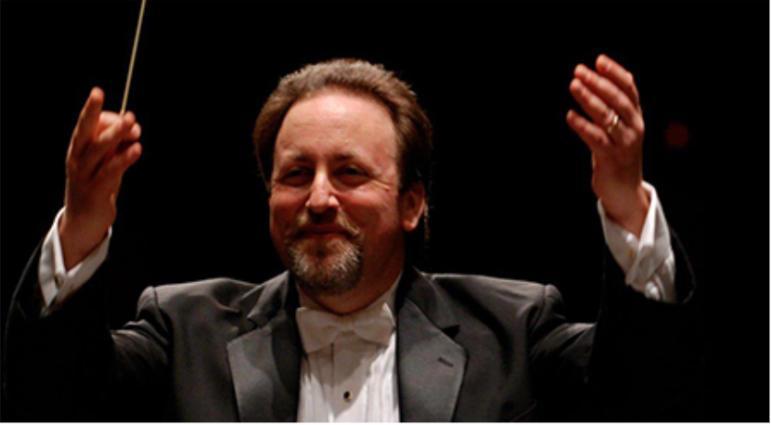 Guest conducting highlights for the 2018-19 season include programs with the Orlando Philharmonic and the Israel Camerata Orchestra Jerusalem.

His numerous collaborations with film composers as their conductor has yielded recorded scores for such films as the Academy Award-nominated The Village (with violinist, Hilary Hahn), As Good As It Gets, Face/Off, Se7en, Breakdown, The Manchurian Candidate, Kit Kittredge: An American Girl, Flatliners and The House with a Clock in Its Walls.

The chorus has a long history of performing great choral works not only locally but also internationally. The chorus has performed at the Aldeburgh Festival and Greenwich Festival in England to mark the American Bicentennial in 1976. 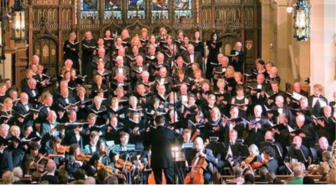 The Choral Society returned to England in 1985, with performances at Aldeburgh, in London, and at various cathedrals. Other summer tours have included trips to the Czech Republic, Spain, Italy and France.

Donita Volkwijn, soprano has been seen in major European cities performing the role of Bess for a touring production of Gershwin’s PORGY AND BESS.

The role has led to two important company debuts; Seattle Opera in 2011 and Tulsa Opera in 2007.  She also performed the role of Micaela CARMEN with Tulsa Opera that year and again the following season with Hawaii Opera Theatre. 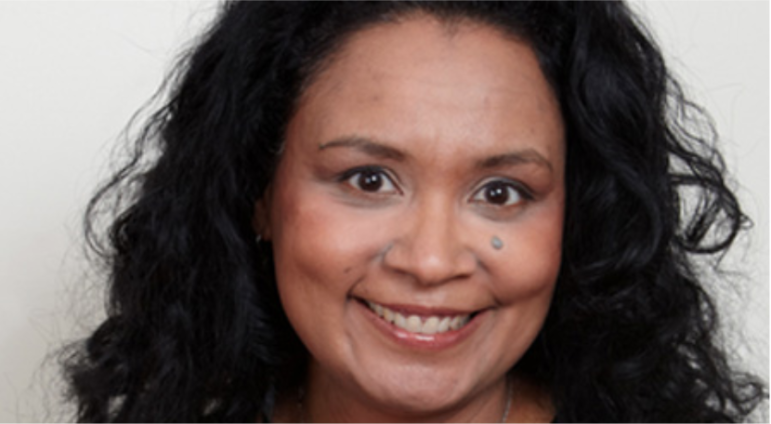 Ms. Volkwijn took part in Mezzo Competition (sponsored by the French television station Mezzo) and as one of the winners, she was selected to sing the part of the Condemned Female in David Alagna’s LE DERNIER JOUR D’UN CONDAMNE which was performed in Debrecen and Szeged, Hungary.

Other roles include Perneatha in the workshop of THE LONG WALK with American Lyric Theater and PORGY & BESS in concert with the Belgrade Philharmonic.During her 2006-2007seasonIn 2000, Ms. Volkwijn made her professional American recital debut as part of San Francisco Opera Center’s Schwabacher Debut Recital series.

Other Opera Center credits include Fiordiligi in the 1999 showcase production of COSÌ FAN TUTTE and Pamina in the 1998 Merola Opera Program staging of DIE ZAUBERFLÖTE.

As an Adler Fellow at the San Francisco Opera, Donita Volkwijn appeared in San Francisco’s 2000-2001 season as Pamina DIE ZAUBERFLÖTE, Giannetta L’ELISIR D’AMORE and as Mrs. Charlton in the world premiere of DEAD MAN WALKING.

In season 1999-2000, Ms. Volkwijn appeared as Mimi LA BOHÈME, Irma LOUISE, Anna NABUCCO and as a Flower Maiden PARSIFAL.  She also covered major roles such as Anne Trulove THE RAKE’S PROGRESS and the title role SEMELE with San Francisco Opera.Ms. Volkwijn made her Syracuse Opera debut as Micaela CARMEN.  In the summer of 2006, she debuted with the Bellingham Music Festival in Washington singing the role of Susanna LE NOZZE DI FIGARO.

Prior to that engagement, Ms. Volkwijn returned to the San Francisco Opera as Frasquita CARMEN and made her debut with Opera Pacific as Sister Rose DEAD MAN WALKING, a role she repeated at Michigan Opera Theatre in spring 2003 and with Pittsburgh Opera in spring 2004.

The year prior she made her London debut at the Barbican Center in Philip Glass’s opera GALILEO GALILEI.inthe 2005, 2001 and 2000 MacAllister Awards Competition, Ms. Volkwijn received the Glynn Ross Award. She was a regional finalist in the 2000 Metropolitan Opera National Council Auditions and a national winner of the 1995 Leontyne Price Vocal Arts Competition.Ms. Volkwijn has been an apprentice with the Ezio Pinza Council for American Singers of Opera and Lyric Opera Cleveland, where she appeared as Frasquita CARMEN.

A native of Cape Town, South Africa, Donita Volkwijn earned her Bachelor of Music degree in vocal performance from Oberlin College-Conservatory and her Master of Music degree from the Cleveland Institute of Music.

In 1999 she made her European debut in Amsterdam with concert performances at the International Opera Center of the Netherlands.  Now an American citizen, Ms. Volkwijn lives in New York.

After John Fulton’s (baritone) debut under the baton of Lorin Maazel as a part of the Castleton Festival in which he sang the baritone arias of the Gershwins’ masterpiece PORGY AND BESS John Fulton became a well-known artist on the European scene.

He performed the role of Jake PORGY AND BESS with the Royal Danish Opera and was included in the 2014 Austrian and Luxembourg tour of New York Harlem Productions’ PORGY AND BESS in the same role.

Most recently he appeared in concert performances of PORGY AND BESS with the Sydney Symphony Orchestra conducted by David Robertson.   During the 2007-2008 season he debuted as a member of the New York Harlem Productions Inc. touring production of PORGY AND BESS.

With this company Mr. Fulton has performed the roles of Jake, Crownand Jim in numerous opera houses across Europe, including the Staatstheater Hannover, the Carré Theater in Amsterdam and the Strasbourg Theater. Mr. Fulton has also completed two seasons with the Arizona Opera in the Marian Roose Pulin Young Artist Studio. 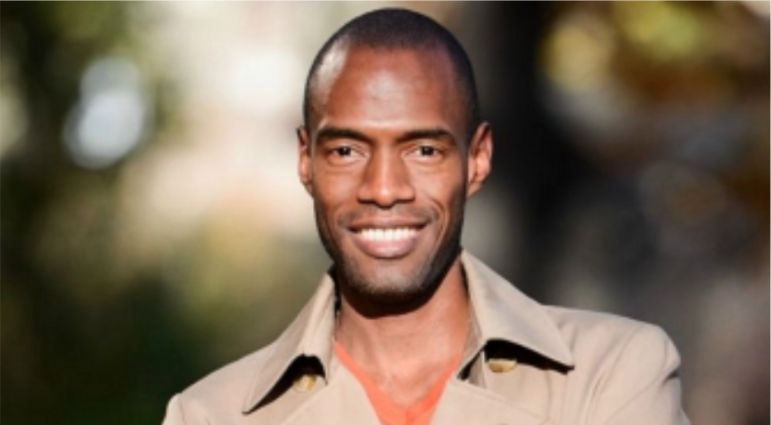 He has additionally taken part in several outreach projects for Cincinnati Opera including the part of Robert Garner in Richard Danielpour’s MARGARET GARNER.    Mr. Fulton has studied voice with Metropolitan Opera baritone Mark Oswald, has collaborated with conductors Steuart Bedford and Hal France and has been directed by Catherine Malfitano, Ken Cazan and James Robinson.