Police Chief Ray Osborne explained at a recent Police Commission meeting what cops do when they find underage parties with alcohol, and he talked about the legal consequences both parents and teenagers may face. 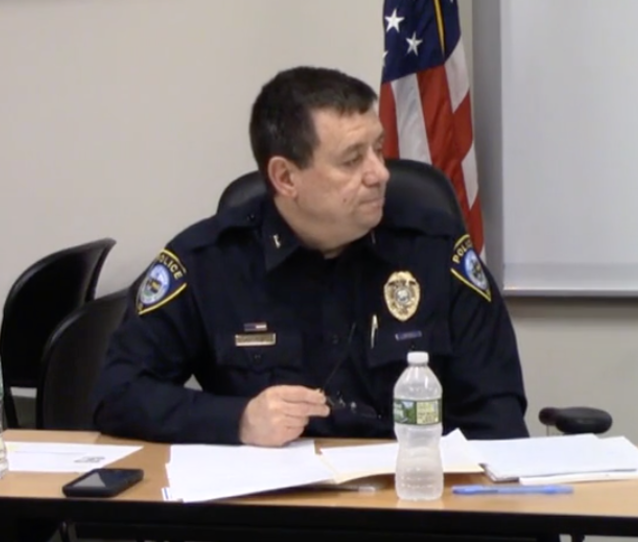 Following a call reporting an underage drinking party from a tip line that notifies law enforcement to suspicious or illegal activity, a supervisor and officers are dispatched to the scene, he said at the July 5 commission meeting.

The tip line has become a valuable tool for police, he said. “We’ve investigated many threats through the tip line, everything from threats at school to narcotics.”

When officers arrive at the scene, their first step is to contact the adult resident. If there are no adult residents at home, the officer will call them.

Afterward, an officer will examine the entire home for any youths who may still be inside. The reason for this is to check for anyone who may need medical attention.

“We are obligated to check in the house,” he said. “Based on previous experience, we have found underage youths intoxicated under beds, in closets, in the woods, who are in need of medical attention and have to be transported to the hospital by ambulance. That’s why we’re so diligent when we respond to these things.”

If there is evidence that teens are drinking at the party, no adults are present, and the youth hosting the party has made no attempt to end the gathering, arrests will be made, with party hosts under 18 referred to Juvenile Court in Stamford, he said.

If parents are present and clearly know or should know that underage drinking had taken place, police usually issue a misdemeanor charge for allowing those under age 21 to drink alcohol on the property.

“Some people still don’t even realize that you cannot serve minors at your house, you cannot allow it to happen,” Osborne said. “If you are present and you should have known, you can and will be arrested. If there is probable case for an arrest, we will make an arrest.”

The parent oftentimes will have to attend mandatory classes to understand the dangers of allowing underage drinking. For a first time offender, that can be fullest extent of a punishment.

A more serious charge — a felony — can result for parents who serve alcohol at a party.