When a car was stopped by a police officer who saw there was no front license plate on it, a passenger wanted on an arrest warrant was taken into custody, and a search of the car found cocaine, so both the arrested man and the driver were charged with drug possession, police said. 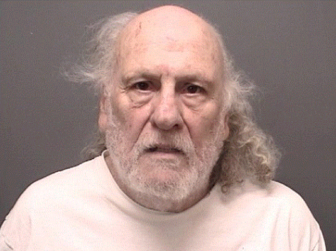 At about 11:42 a.m. on Monday, June 24, the officer, who was on patrol, saw the car, a 2014 Toyota Corolla, being driven on Old Kings Highway North. Not only was there no front license plate, but the one attached to the rear was for another car — an Acura.

The driver was Nathan Leon, 72, of Bridgeport. He had a valid driver’s license, but the car he was driving wasn’t registered. He owned the Acura.

Leon was charged with improper use of a license plate, driving an unregistered motor vehicle and failure to properly display license plates. Those charges turned out to be the least of his problems.

Before the vehicle was towed away, the officer took an inventory of what was inside it. The officer found white powder in four wax folds as well as straws with a white powdery residue on them.

The white powder weighed 1.18 grams as packaged and a field test resulted in a result of “presumptively positive” as cocaine, according to a police announcement.

Leon, of Brewster Street in Bridgeport, was also charged with possession of narcotics. He was initially held on a $500 bond.

In the car with Leon was Mark Cacciotti, 45, of Norwalk. A records check showed that an active bench warrant for his arrest had been issued by a judge and charging him for failure to appear in court had been issued. 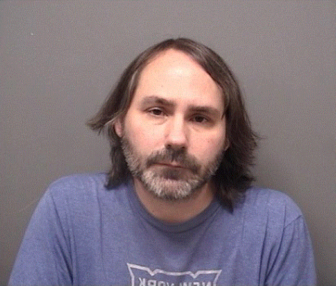 June 24, 2019 arrest photo of Mark Cacciotti, 45, of Norwalk, charged with drug possession and failure to appear in court.

He had been in court on a narcotics possession charge. Cacciotti was taken into custody and his belongings were searched.

In the search, police found two plastic straws with white powdery residue at the tip, a black leather case with a vial of a white powdery substance. The powder was field tested and the result also was “presumptively positive.” The powder weighted 2.5 grams as packaged.

Police charged Cacciotti, who lives on Ferris Avenue in Norwalk, with narcotics possession, and he was held on a $5,000 bond for that and a $2,500 bond on the charge of failure to appear in court.

Both Leon and Cacciotti are scheduled to appear July 8 in state Superior Court in Stamford.