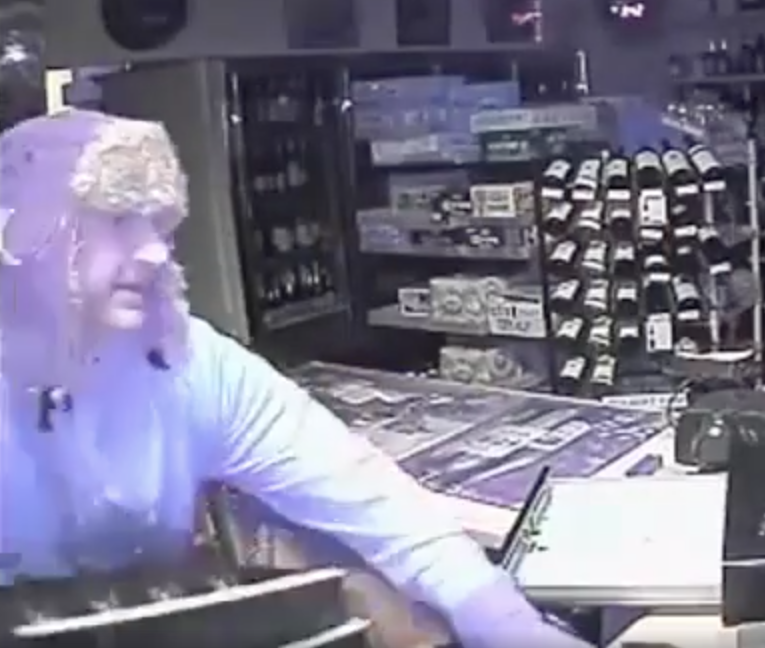 Do you know this man? Here's another image from the surveillance video

Three times since mid-December, the same thief has broken outside windows at Frate’s Wines & Liquors at 1937 Post Road in the Noroton section of Darien, ignored the liquor and made off with cash.

Now police have released a video showing the man, his car and the act of grabbing the cash register drawer.

The hat-trick burglar is not only unusual in returning to the same business three times, Police Chief Ray Osborne says that another unusual aspect of his behavior has made it a little harder for police to catch him. 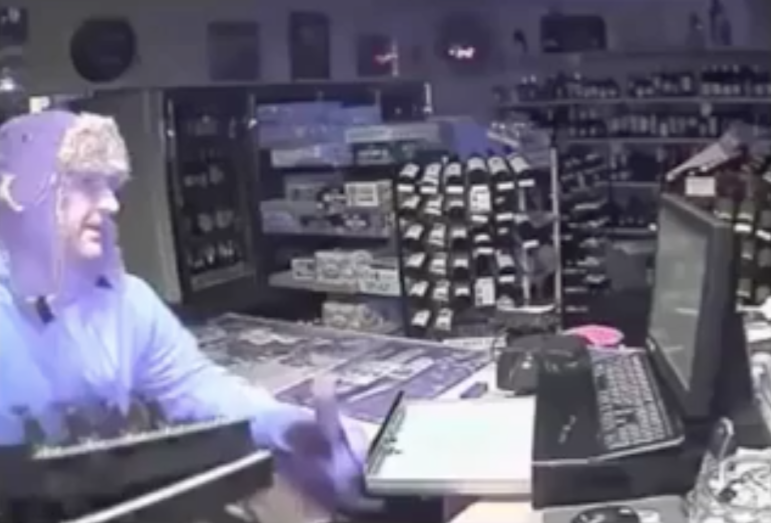 Image from the store surveillance video released by Darien police

The Frates Threepeat Thief caught in the act on surveillance video. (If he does it again, we’re not sure what we’re going to call him.) Contact Darien police if you recognize this man.

“It’s very strange,” Osborne told the Police Commission at its regular meeting Wednesday. “It’s the only place he seems to be hitting, as far as we can find.”

After Stamford police found the cash drawer by the side of a road, it was returned to the store. Then in the next Frate’s burglary the thief stole it again — and again left it by the side of a road in Stamford. A Darien police officer who knew where to go looking for it went to that area and found it.

The thief gets in and out quick, doesn’t try to steal the liquor and in the most recent burglary got only coins left in the cash drawer, if that, police said.

The suspect in all three incidents is believed to be the same individual, and has forcibly entered the establishment by smashing out the front window with a rock. [Some police reports mention different windows.]

Do you know this man? Here’s another image from the surveillance video

In all three incidents, the suspect removes cash drawers from the register and quickly exits the establishment.

The suspect is described as a white male, heavy build, large nose, rough facial features, in his late 30s to mid 40s.

On two occasions, the suspect is seen operating a dark colored sedan. Surveillance video from the third incident shows a black or dark colored, four-door midsize sedan, with what appears to be dark alloy rims. It does not appear that the windows are tinted on the vehicle.

If you have any information about the suspect in these incidents, please contact the Darien Police Detective Division at 203-662-5330, or make an anonymous tip through our website. 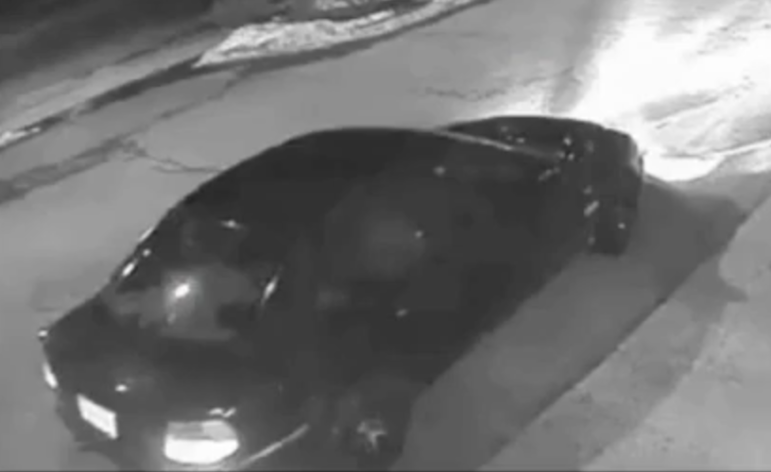 The thief’s car, according to Darien police