A 31-year-old man was driving early one recent morning on the Post Road with a child in a child seat which was unsecured to the car, police said.

When an officer stopped the car, police added, the child and child seat were wedged in between the front and back seats, and the man’s blood-alcohol content was well over the legal limit.

The police announcement gave no indication that the child was injured or harmed. 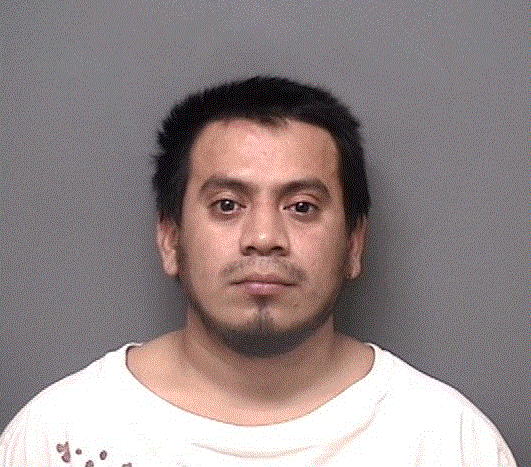 Ozny Cucpacay, 31, accused of driving while intoxicated with a child in the vehicle.

Police gave this additional information in their account, which included accusations not proven in court:

At 1:31 a.m., Saturday, an officer reported that a vehicle went over the double yellow line on the Post Road (the announcement didn’t say where on that street, but the vehicle was stopped on Brookside Road).

After the officer approached the driver, Ozni Cucpacay of Davenport Street in Norwalk, and smelled a strong odor of alcohol coming from inside the vehicle. While speaking with Cucpacay, police noticed the child in the wedged car seat.

The car seat hadn’t been secured by either a latch system or seatbelt.

Officers later determined that Cucpacay had identified himself with a name not his own. A standard record check by police showed that Stamford police had two warrants for his arrest on charges of failing to appear in court.

Cucpacay didn’t perform field sobriety tests to an adequate standard, so he was charged with risk of injury to a minor (a felony), driving while under the influence, failure to properly drive within a lane, improperly transporting a child in a car seat.

He was also charged with driving without a driver’s license as a second offense, apparently as a result of the police records check.

He was taken to state Superior Court in Stamford, where a hearing was held. According to the police announcement, Cucpacay was taken to court Oct. 18, although that’s two days after his arrest. Standard police practice is for a defendant who hasn’t paid bond to go to court the same day or the next day.

The Connecticut Judicial Branch website indicates his bond was reset at $2,500, and he has been released, with his next court date on Nov. 16. The website also says he has been charged with driving while under the influence with a child under 18 in the vehicle and interfering with an officer (a charge which could be the result of an accusation of giving police false information).

When Cucpacay was taken to Darien Police Headquarters on the night of his arrest, police used a different child seat to take the child there as well.

According to the Judicial Branch website, Cucpacay was charged with evading responsibility for a property damage accident and driving without a license or insurance in Stamford on May 3.