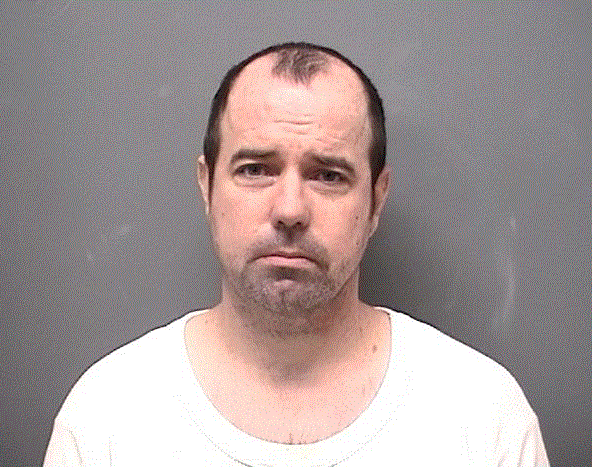 Arrest photo for John Gagnon, 40, of the Bronx, New York, charged in connection with two burglaries at different addresses on the same night in January in Darien.

A 40-year-old Bronx man accused of stealing an unlocked SUV from a driveway on Sedgwick Avenue and entering a home on Overbrook Lane the same night two months ago has been arrested, Darien police said.

The initial report from a woman who saw the burglar dashing out of her house was that it was a female, but the man who was arrested on Tuesday and who was taken to court Wednesday morning told police he had committed the crimes alone. 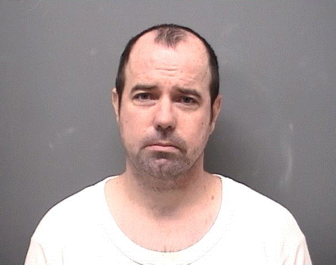 Arrest photo for John Gagnon, 40, of the Bronx, New York, charged in connection with two burglaries at different addresses on the same night in January in Darien.

“Through investigative means,” police said in their announcement on Wednesday, they found evidence against Casey J. Gagnon of Bryant Avenue in the Bronx. Police were granted an arrest warrant by a judge, and New York City police took Gagnon into custody.

On Tuesday, Darien police detectives took custody of Gagnon in New York County Court in Manhattan after he waived extradition.

When questioned, Gagnon admitted to committing the crimes, and said he acted alone.

“As this investigation is ongoing, no further information will be released at this time,” police said in the announcement.

In connection with the Sedgwick Avenue motor vehicle theft, he was charged with first-degree larceny.

Description of the Crimes

Here’s what Darienite.com reported back in January about both crimes:

A women startled by a noise at 4:50 a.m. in her home at 3 Overbrook Lane thought she must have had an unexpected visit from a family member. She left her bedroom and called out.

Then she saw an unknown female leave a second-floor bedroom and run down the stairs. By that point, much of the house had already been ransacked and several items were stolen. It turned out this was the third incident involving thefts from homes or vehicles that night in Darien.

Here’s what appears to have happened overnight Wednesday to Thursday, Jan. 9 to 10, in chronological order, based on the Darien police account of what they were told and what they found out (there’s no proof that any of the three incidents were perpetrated by the same thief or thieves, although the house burglary was next door to a home where two vehicles were entered that night):

At 12:48 a.m., Jan. 10, police received a call from a resident of 30 Sedgwick Ave. (a mile away from the other incidents that night on Overbrook Lane) who said that just minutes before his daughter had woken him up after she heard a noise outside.

The man looked outside and saw his 2002 Acura MDX backing out of the driveway. The keys had been left in the SUV, which was unlocked. Police later determined that the noise was the sound of the MDX, as it was backing out, striking the victim’s other vehicle.

At 5 Overbrook Lane, a 2012 Toyota Highlander and a 2007 Honda Accord, both unlocked, were entered that night. The contents of the glove boxes and center consoles were emptied out. Nothing was taken. Another car in the same driveway was locked. That car wasn’t broken into or entered.

In the driveway at 3 Overbrook Lane, just next door and where the house burglary took place, both a 2012 Toyota Prius and 2003 Lexus ES were unlocked, and the burglar went through both of them, leaving the contents of the glove box and center console on the front seats. Nothing was taken.

Then the burglar may have tried an outside door to the house, an increasingly frequent practice in the area. That door also was unlocked, and the thief went inside, rifling through many areas on the first floor.

An iPad and a resident’s purse (containing bank cards and $100 in cash) were taken. A kitchen stand mixer, still in its box, was taken from beneath the Christmas tree.

The burglar went upstairs, to the second floor and was in a bedroom when some noise was heard by the resident who left her bedroom and called out, causing the burglar to rush downstairs.

Police searched the house, but no stranger was found. They found that the cars had been entered. A Westport police dog was called in to see if the suspect could be tracked, but that proved fruitless.