A 24-year-old man called up a local liquor store and tried to buy an expensive case of whisky with somebody else’s name and credit card, but police detectives were called and one of them, in turn, fooled the man into thinking he was the store owner.

Police then checked the credit card number the man was using, and later arrested him when he went to the store to pick up the case of booze.

The man first called up a liquor store in town on Thursday, Nov. 8 and tried to get a case of Johnny Walker Blue delivered to a local church, and he offered to pay for the whole thing — which turned out to be a whopping $2,297.04 for the expensive whisky — over the phone with his credit card.

But the liquor store owner got suspicious, put off the caller for several days (in which the young man called back the next day and then on Monday, Nov. 12, as well) and finally told police about the unusual request.

A police detective, posing as the store owner, called the man back on Nov. 12. The man identified himself as “Darren Patrick” and repeated that he wanted to buy the case of that whisky. He asked the price, the detective gave it.

The man asked if delivery could be made to St. Thomas More Church. Asked why he wanted the case delivered, the man said something about not having enough room in his vehicle.

The man gave the detective a credit card number and said his name was Darren Patrick. The detective said he would run the card and call the man back. The man then called back several times to check on the status of the transaction, and at one point he tried to give the detective another card number, saying the first one might not work.

In checking the card accounts, police found they were connected with bank accounts opened in Thailand.

The detective told the caller that the transaction was complete. At that point, the caller said he would go to the store and pick up the case.

At about 2:43 p.m., detectives were told the man identifying himself as Darren was in the store. Detectives went to the store and met him. He was unable to show the credit card with the number he gave over the phone. Asked for identification, he gave police a North Carolina driver’s license with the name “Darren Patrick” on it.

Without the driver’s license, the man wasn’t able to tell detectives what address was on it. Police questioned him further. He then said that he had been paid by someone to pick up the case of liquor after it had been bought over the phone.

Asked who made the call, the man said he knew the man only as “A.” Although he said he’s known “A” all of his life, he couldn’t give detectives the man’s full last name, or even his full first name. 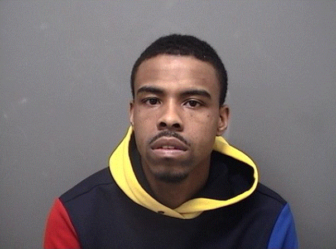 Battle was told that he had been speaking to a detective when he tried to buy the case of liquor over the phone. But Battle continued to deny that he had made the call.

Detectives called the number that had been used by “Darren” to make the purchase — and Jose Battle’s phone rang.

He was held on a $50,000 and the following day was taken to state Superior Court in Stamford.

Battle was processed for the above charges and held on a $50,000 bond. He was transported to Stamford court the following day. In court, his bond was increased to $100,000, and he remains in jail. His next court date is Dec. 10.