A car’s bumper ended up between headstones and the driver ended up in a hospital after a one-car crash at St. John’s Cemetery on Oct. 7, police said.

The driver, 23, was later released from the hospital, arrested on a DUI charge and will end up in court. 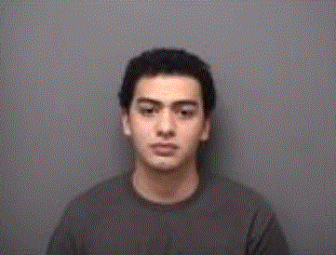 Ulloa Diaz, 23, of Stamford, charged Oct. 15 with driving while under the influence in Darien.

Ulloa Diaz of Sylvan Knoll Road in the Cove section of Stamford was behind the wheel of a Honda Civic, driving on Hoyt Street around midnight on Tuesday to Wednesday, Oct. 6 to 7, when the vehicle struck five posts on the cemetery side of the road.

The Darien police announcement did not say whether Diaz was driving north or south on Hoyt Street when the accident occurred.

Police, called at 12:34 a.m., found the car stopped near 165 Hoyt St., at the southern end of the cemetery. The car was five feet away from the road, with its front bumper missing. Police found it between two headstones.

Asked what happened, the Diaz said he had struck a road sign when he looked down while driving. Diaz admitted that he’d been drinking alcohol before driving. Police found a 12-pack of beer in the car, although only five bottles were still in it.

A Darien EMS-Post 53 ambulance took Diaz to Stamford Hospital, so he wasn’t asked to perform standard field sobriety test and no charges were filed at the scene. In a standard procedure, Darien police obtained a search warrant allowing them to get blood-alcohol information from Stamford Hospital.

The tests showed Diaz had a blood-alcohol level of 0.14, well over the 0.08 limit for an adult driver. Police applied for and obtained an arrest warrant for Diaz.

On Thursday, Oct. 15, Diaz went to Darien Police Headquarters, where he was charged with driving under the influence and failure to drive in the proper lane. He was released on a promise to appear Nov. 16 in state Superior Court in Stamford.