When a Darien woman arrived home at 11:30 a.m. on Monday, May 15, she found her ex-boyfriend, a local firefighter, had broken in and had tried to look through personal information on her iPad and computer, apparently to see if she was dating anyone, police said.

When she confronted Eric Barret, 42, of 1078 R Post Road, Darien, he was holding her iPad as he stood in her living room, according to police.

The victim told police that when she asked Barret, a firefighter in the all-volunteer Noroton Heights Fire Department, how he got into her home, he said he broke through the back door using a firefighter’s tool.

In February 2016, an Eric Barret was appointed by the Darien Board of Selectmen for a one-year term to the Coastal Waters Advisory Commission.

Darien police described the incident and investigation with this account, including accusations not proven in court: 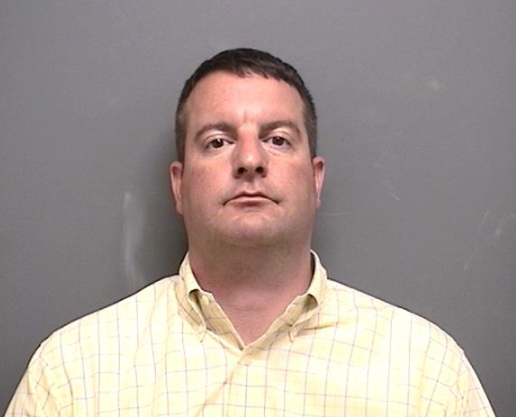 The victim, also 42, told police that when she arrived home, she found his car parked in her designated space in the Heights at Darien housing complex on Allen O’Neill Drive.

She asked Barret why he was in her home. He said he wanted to find out if she was seeing someone else. She told him to leave, and he did. There was no physical contact between the two. After leaving, he texted her, saying he had made a mistake and was sorry.

The woman said that it seemed Barret tried to look through her emails, messages, photos, contacts and FaceTime calls to see if she was dating anyone.

She called police at 12:22 p.m. that day. When Police arrived at her home, they saw pry marks at the back door where Barret had entered. They found and arrested Barret.

He told police that he looked through the woman’s iPad and computer to try to find information about her personal life and whoever she was in contact with.

Barret was charged with second-degree burglary, possession of burglary tools and fifth-degree computer crime, police said. According to the Connecticut Judicial Branch website, he is also charged with disorderly conduct. He was later released after posting a $10,000 bond and appeared in state Superior Court in Stamford, where he’s scheduled to appear next on June 27.