A 55-year-old driver got into a traffic accident at about 8 p.m., Monday, Sept. 28, on Hoyt Street, sending another driver to the hospital, police said. 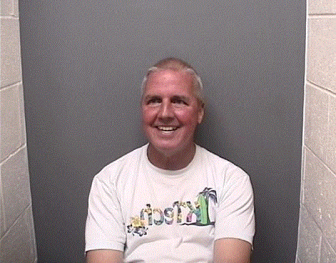 Arrest photo of Richard Chapman, 55, of Broad Street, Stamford, charged Sept. 28 with driving while under the influence and driving too fast for road conditions in Darien.

Richard Chapman of Stamford was driving south on Hoyt Street near Edmond Street when his vehicle struck the back of another one. Noroton Heights Fire Department and Darien EMS-Post 53 went to the scene, and the other driver was taken to a hospital.

Chapman, of Broad Street in Stamford, told police both that he didn’t know what happened and didn’t know where he lived, but that he was headed home.

Chapman smelled of an alcohol drink and his eyes were glassy. He declined to be evaluated by Post 53.

He initially agreed to a standard field sobriety test, but had difficulty keeping himself balanced and said he didn’t want to continue. Police charged him with driving while under the influence and driving too fast for road conditions.

He declined to take a breathalyzer test and was later released on a $500 bond. He was scheduled to appear Oct. 9 in state Superior Court in Stamford.