And you’re truly in a difficult spot when the officer smells alcohol on your breath. 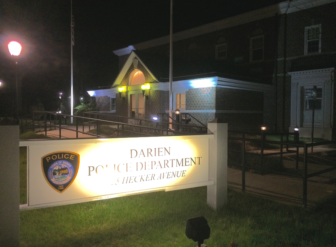 All that is what a police officer reported seeing on the Post Road near Center Street at 10:28 p.m., Monday, May 24.

Police gave this additional information, including accusations not proven in court:

The officer had the vehicle stop, then spoke with the driver, Dennis Dickerson, 36, of Shelton Street in Bridgeport.

As the two spoke, the officer heard Dickerson’s slurred speech and saw that his eyes were bloodshot and glassy. Dickerson said he had been drinking alcohol.

Dickerson couldn’t adequately complete a field sobriety test, so he was arrested on a charge of driving under the influence and failure to drive in the proper lane. At Police Headquarters, he refused to take a breath test. He was released on $80 bond and is scheduled to appear June 24 in state Superior Court in Bridgeport.

Editor’s note: Police said the arrest photo of Dickerson was unavailable due to technical difficulties.