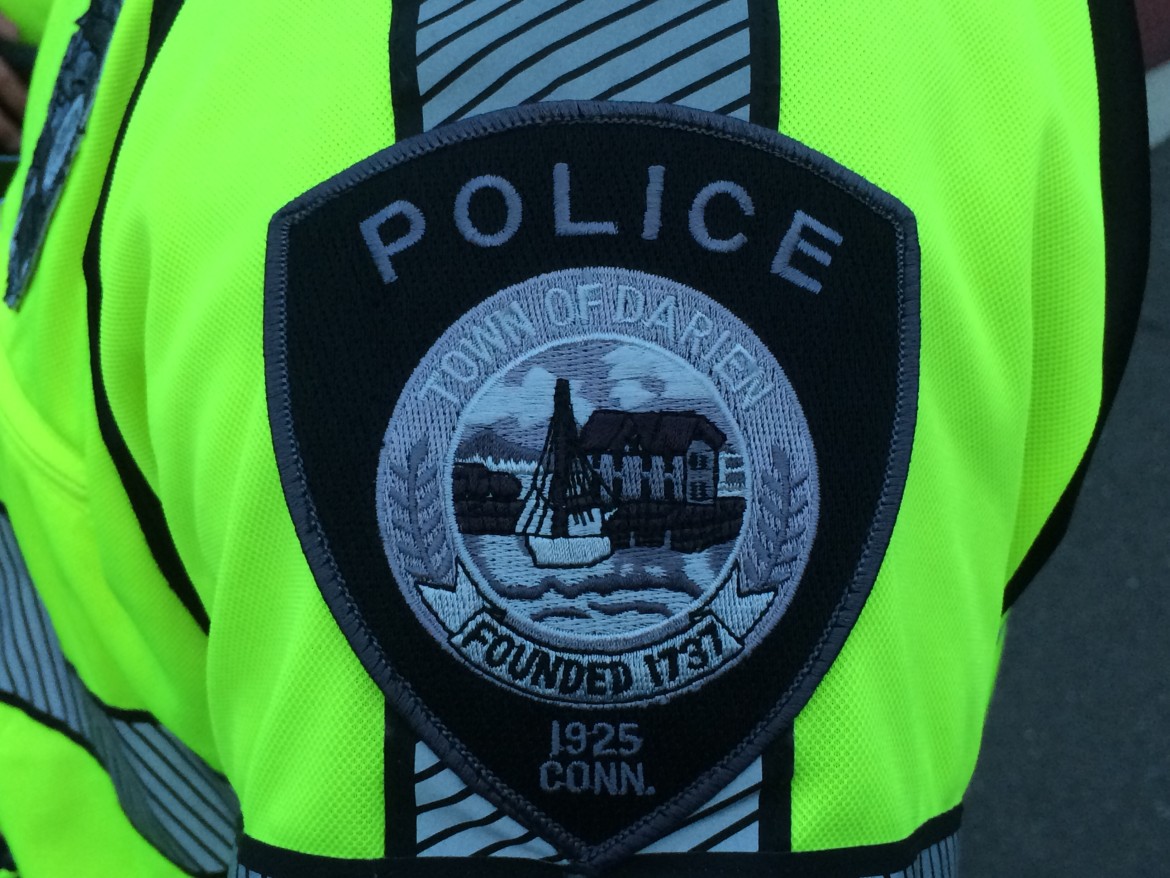 Another seal on another police shoulder patch.

A 40-year-old Darien woman got into an argument with her ex-spouse on Aug. 6, spit “a large amount” in his face and called him by an expletive while she was handing off their children to him, police said.

Police didn’t know or didn’t say what the argument was about.

The incident happened in front of the children of the ex-spouses. A third person at the scene didn’t see what happened, but heard the woman say, “I shouldn’t have spit on your face.”

Two days later, at 5:58 p.m., the matter was reported to police, who went to the woman’s home and tried to talk to her about it. She refused, and also refused to let them speak with the children.

Police applied for and got an arrest warrant charging the woman with disorderly conduct, a misdemeanor.

At 7 a.m., Tuesday, Sept. 3, she turned herself in at Police Headquarters and was released on a written promise to appear later that day in state Superior Court in Stamford.