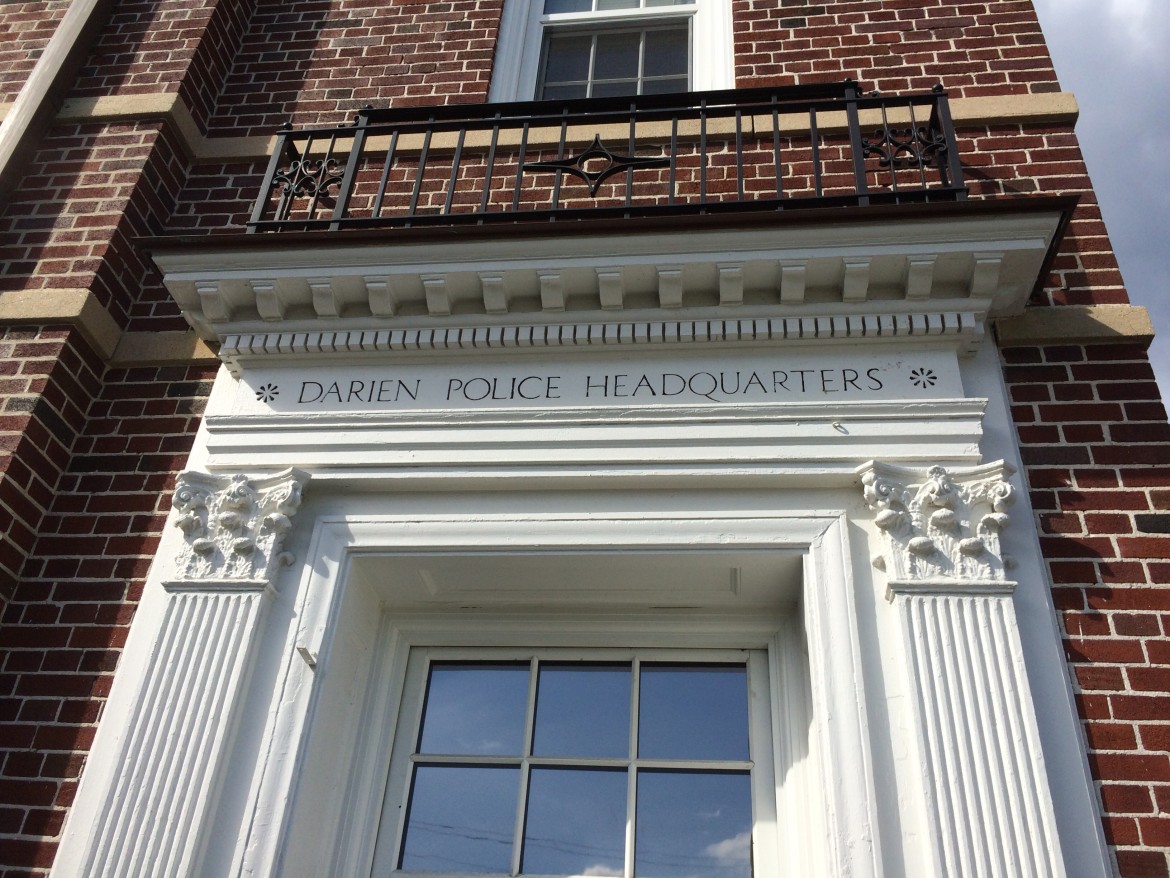 After heroin was found in a pickup truck driven by a 25-year-old Darien man, cops confiscated the rifle that was in his car and then 66 other guns in his home, police said.

A police sergeant had described the incident as one involving a man going to his heroin dealer to trade his gun for more of the drug, but the sergeant, Jeremiah Marron, said police were no longer asserting that.

Police gave this account (involving accusations not proven in court) of the incident:

Police had been suspected Joezef Tarnowsky, 25, of 9 Richmond Dr. was violating drug law. At 11:20 a.m., when a police officer was parked on Old Kings Highway North, he saw Tarnowsky’s gray GMC pickup truck drive by with dark tinted windows and no visible sticker on the window indicating that the tint met state regulations.

The officer stopped the truck near the intersection of Old Kings Highway North and Park Lane. Tarnowsky told the officer he didn’t realize that the tint wasn’t legal.

Tarnowsky seemed very nervous — shaking and breathing very heavily. The officer asked him to leave the vehicle and advised him that he had police K-9 Zulu on hand, and the dog would do a “free air sniff” of the vehicle. If Zulu indicated there were drugs in it, the officer would search the pickup.

See also: Heroin in Darien: How Bad is Heroin Use in Our Town? This Bad (Oct. 22)

Tarnowsky said he had syringes on him that he had used to inject heroin into himself. He took a case out from a side pocket of his jacket. Inside the case, the officer found a “large quantity of syringes” as a police spokesman put it, and several of them contained a substance that looked like heroin. Also in the case were several white, folded pieces of paper with stamps on them that appeared to be packaged heroin.

In the vehicle was a container for suboxone film (a medication used in treating people to get free of their heroin addictions). Tarnowsky said the suboxone was not prescribed for him, and that somebody had given it to him.

Also found in the truck were more paper folds. The substance in them tested positive for heroin.

Also in the truck was a long rifle in a case on the rear seat. The gun is registered to his father, a town constable who lives at the same address. Tarnowsky said he was going to sell the gun, and he had a bill of sale with him. No charges were filed against Tarnowsky for having the gun in the car, and he has a pistol permit.

Tarnowsky was charged with driving a vehicle with a tint violation, possession of narcotics, possession of drug paraphernalia and illegal possession of a prescription narcotic. He is to appear Nov. 19 in state Superior Court in Stamford.

At the request of Darien police, a judge issued them a “risk warrant” allowing them to take weapons from Tarnowsky’s home, including weapons owned by his father. They seized a total of 67 guns. The confiscation isn’t necessarily permanent — a state court will decide if the guns can be returned.

One thought on “Police: Darien Driver Found with Heroin, Guns Confiscated (for Now)”