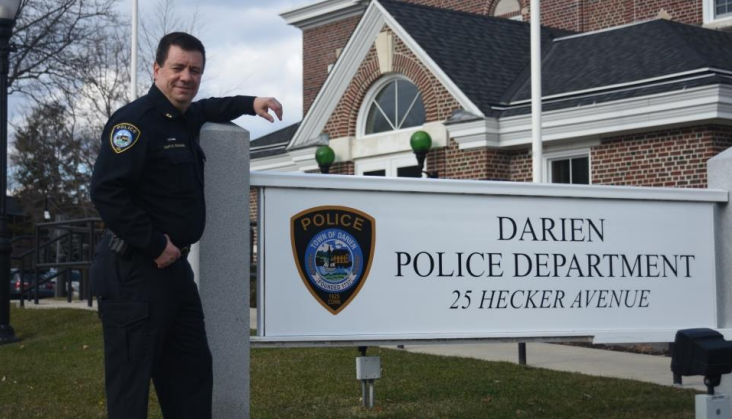 Osborne began his career with Darien PD in 1983 after starting his career with the Easton Police Department in 1981.  He was appointed to the Detective Division in December 1996.

He was promoted to sergeant in September 2000, lieutenant in September 2008 and captain in July 2016.  Upon the retirement of Chief Duane Lovello, the Darien Police Commission named Osborne the tenth chief of police, and he was sworn into office on Feb. 15, 2017.

During his tenure Chief Osborne approved the formulation of the department’s Juvenile Review Board, an idea presented to him by members of the department’s Youth Division.  He also encouraged the creation of Darien’s “Coffee With A Cop” program, a successful community policing endeavor. Chief Osborne is a former supervisor of the Department’s Domestic Violence Liaison Unit and has supported the expansion and additional training of that unit.

“After a total of thirty eight years in Law Enforcement, I really feel it’s necessary to move on and do something else at this point in my life,” Osborne said. “I’m certainly going to miss working with all of the great men and women of the DPD, but it is just time to make plans to move on later this year.”

Osborne will continue to work as an adjunct instructor at Housatonic Community College in Bridgeport where he has taught criminal justice classes for 18 years on a part-time basis.