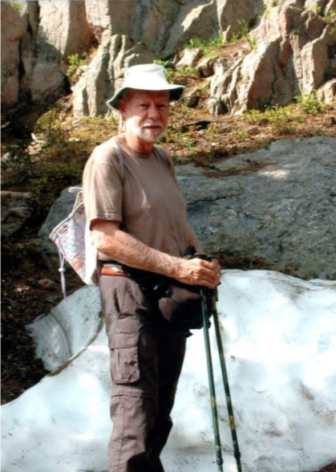 Philip Connell, 76, died May 28. His memorial service will be on Saturday, June 1.

After World War II, his family moved to Darien, where he grew up and graduated from Darien High School in 1960. In 1964, he graduated from the College of the Holy Cross in Worcester, Massachusetts with a bachelor of science degree in economics and accounting.

In 1965, Phil graduated from the U.S. Coast Guard Officer Candidate School. Subsequently, he served at Cape May, New Jersey and was a commanding officer of Kure Island LORAN Station in Hawaii.

Upon leaving the Coast Guard in 1968, Phil attended Fairfield University, where he earned a master’s degree in education.

— an obituary from White Funeral and Cremation Service

In 1969, Phil began a teaching career in Long Branch, New Jersey. There he spent 34 years as a social studies teacher at Long Branch High School. For several years, he served as head teacher of the Social Studies Department.

He most enjoyed teaching Advanced Placement U.S. history. A resident of Ocean Township, New Jersey for 30 years, Phil was an avid reader, gardener, and enjoyed spending summers at the beach. He spent the last 70 years waiting for the Cleveland Indians to win another World Series.

Upon the retirement of his beloved wife, RoseMary, in 2005, Phil and RoseMary moved to Carolina Shores in the southeastern corner of North Carolina.

In their years of retirement, Phil and RoseMary spent vacations hiking and photographing nearly every major national park in the U.S. and Canada, in addition to visiting several minor national parks and U.S. monuments. In 2007, they spent the summer working and living in Yellowstone National Park.

His eight superb grandchildren are Olivia and Nathan Long; Lexie and Macklin Philip Connell; Jaymie and Robert Amodio; and Aiden and Shane Garrecht. May they grow strong and remember their grandfather’s love.

You may offer online condolences at the funeral home website.