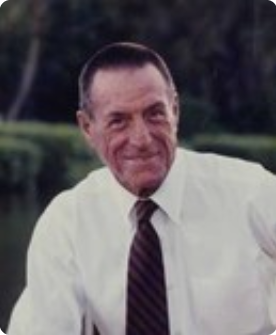 He was born in 1936 in New York City, but as a youngster, his home was primarily in Yonkers, New York, and its environs.

Peter’s mother passed away while he was in his teens, and he was raised by his grandmother, Helen Andrus Benedict, daughter of John E Andrus, founder of The Surdna Foundation.

He graduated from Rollins College with a B.A. in 1959 and soon thereafter served in the Army Medical Corps, primarily stationed at Fort Sam Houston, San Antonio, Texas.

After receiving an honorable discharge, he enrolled at the University of Arizona for his postgraduate education, receiving his M.Ed. in 1963.

He began his teaching career in the Tucson public school system and was shortly thereafter appointed to the faculty of Fairfield Country Day School in Connecticut, where his responsibilities included teaching English, coaching varsity football and basketball, and director of admissions. He married Nancy Huffman Benedict in 1966, and they resided in Darien.

In 1969, Peter came to St. Edward’s School as assistant headmaster and, in the latter part of 1970, became headmaster. It was in this capacity that he served until his retirement in 1995.

Along with his wife, Nancy, he fully enjoyed the opportunities and challenges of the young school. Together, with a supportive faculty, Board of Trustees and parent constituency, the school became a flagship in Florida. In later years, he greatly enjoyed catching up with the many graduates living in Vero Beach.

Peter’s avocations were plentiful. In keeping with his philosophy of “sound mind, sound body,” he ran two marathons and many sprint triathlons, and derived real enjoyment from performing aerobatics in his Pitts Special and Great Lakes airplanes.

Having received his pilot’s license at 17 years old, he quickly became immersed in this hobby and attended several aerobatic schools, which assisted him significantly in becoming a competitive pilot. Another main interest was riding his Harley Davidson, especially throughout many western states.

After retirement from St. Edward’s, he found a new interest in the rebirth of McKee Botanical Garden where he served as president for five years.

In 1983, he and Nancy established the Benedict Foundation for Independent Schools, that in the ensuing years, contributed to over 300 independent schools throughout the United States and now supports local causes.

Dating from the late ’60s, he served as board chairman of several family enterprises: The Surdna Foundation, Andrus-on-Hudson Senior Care Community, and as a board member of Julia Dyckman Andrus Memorial, a center for children with emotional, behavioral and mental health issues.

Above all else, he dearly loved his family — especially spending summers with them at a ranch in Wyoming and Christmases in the Grenadines.

A private family memorial is planned for the future.