Patricia Rangel de Arellano of Darien passed away on Monday, Sept. 21. She was 82. 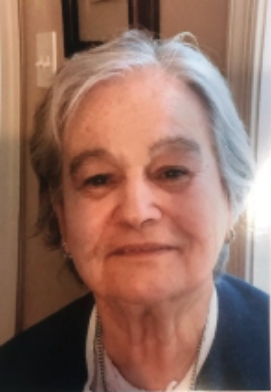 She is predeceased by her husband, Antonio Arellano, also of Darien, to whom she was married for 56 years.

Born in Monterrey, Mexico, Patricia spent part of her life in Mexico City before moving to Darien with her husband to be closer to her family. She is remembered for her exceptional warmth and empathy.

Mrs. Arellano was a vivacious spirit—as a young woman, she enjoyed dancing flamenco and her excellent taste in music, literature, and the arts was appreciated by all who knew her.

She loved walking the streets of Mexico City, especially the historic village of Coyoacán, and frequently took in stray dogs and cats. At one point, Patricia cared for eight dogs and six cats, a handful of the dozens she looked after in her lifetime. One of these dogs, Sasha, was by her side for the better part of 20 years.

Mrs. Arellano had a vibrant cultural imagination — she loved traveling and was well-versed in foreign literature and cinema. She enjoyed classic and folk music and was an avid reader. Patricia also took a keen interest in literature and shared her love of reading with her grandchildren, enriching their lives with gifts of books.

She was also taken with foreign cinema and liked to share her favorite movies, watching films with her grandchildren.

She instilled in her loved ones a spirit of giving and grace that stemmed from her fundamental concern for the dignity of all human beings. She volunteered in local orphanages in Mexico City.

Patricia was a devout Catholic who enjoyed her parish in Tlalpan, Mexico, and later attended Masses in Darien. In her elderly years she was an active member of the community at Waveny in New Canaan.

Above all, Patricia (“Tita” to her grandchildren) had a heart of gold whose reach will be felt long after her passing. She was always overjoyed to spend time with family, friends, and strangers from all walks of life — offering food and drinks to visitors and brightening people’s lives with sweetness and compassion.

Her life’s energy was spent on love. She shared generously, laughed often, and moved through the world with empathy and kindness. Her loss will be felt immensely by all whose lives she touched.

She is survived by her brother, Arturo of Querétaro, of Mexico; her son, Toño, of La Paz, Mexico; daughter, Luisa Brakman, of Darien; and daughter, Veronica, of Vancouver. Mrs. Arellano’s legacy lives on in her grandchildren: Toño, Itziar and Nirvana Arellano; Bram and Anna-Luisa Brakman; as well as Ana Paula and Juan Pablo de Ibarrola.

A private service celebrating Mrs. Arellano’s life was held with her family.