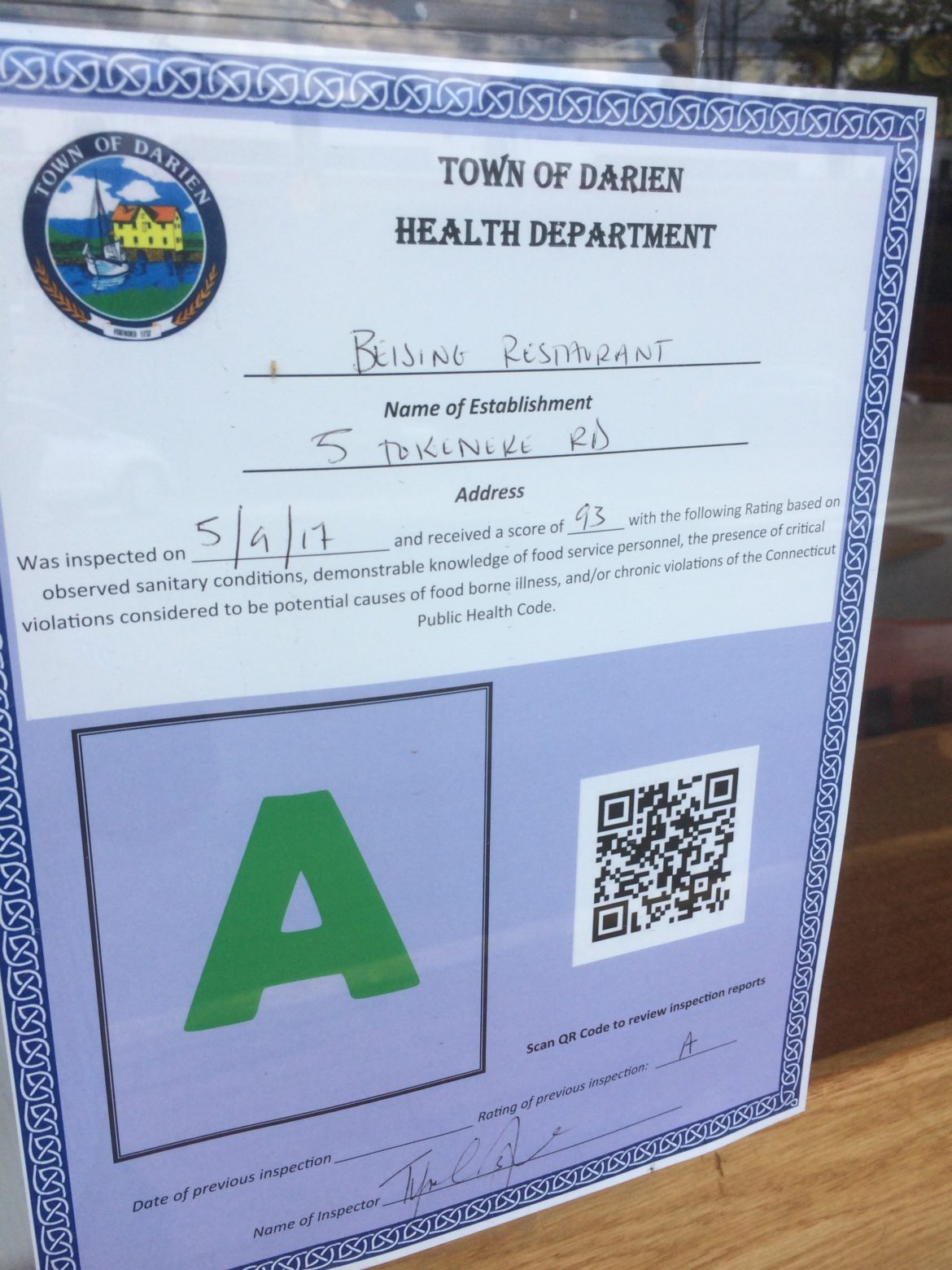 Health inspection ratings certificate, this one for Beijing Restaurant, posted on a window.

One Darien food-serving establishment received a “C” rating, the worst in the town A-B-C ratings system, in in the 11 most recently released town Health Department inspection reports.

Six establishments were rated “A,” and three more were rated “B.” Another inspection report didn’t have a town rating.

The reports, all released Thursday, were based on 11 visits by inspectors from May 30 to June 12.

—Espresso Neat — 20 Grove St. — June 4 — Town Rating: not given — State Score: 97 (Editor’s note: Espresso Neat’s ratings information, even for past inspections, didn’t appear to be up on the Darien Health Department website on Friday morning when this article was prepared.) 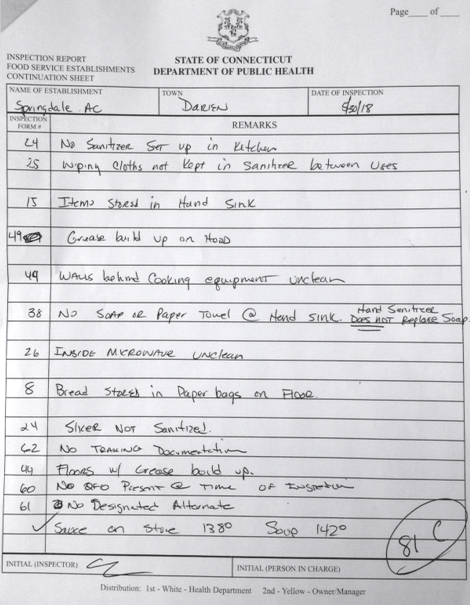 Inspection report for Springdale Athletic Club. Darienite receives paper copies of inspection reports, some of which are also on the Darien Health Dept. website. Some have been typed, some are already on the website when we get them, and some are hand-written, like this one.

—Springdale Athletic Club — re-inspection — 2 Camp Ave. — June 8 — Town Rating: A — State Score: 93 — Inspector’s Remarks: “Raw meats stored over ready-to-eat foods in reach-in freezer; sanitizer bucket for wiping cloths had insufficient amount of sanitizer (bleach), less than 50 parts per million; window cleaner in spray bottle labeled as sanitizer (corrected); dumpster overflowing. Unable to secure lids; door to kitchen left open with no screen.” — Inspector’s Comments: “Vastly improved from last inspection. Clean establishment. No hot-holding at time of inspection. Needs to better organize freezer and fridge. QFO is owner Mike Powers. Certificate displayed but no alternate. Claims he is there 95 percent of the time. Gave him training documentation sheets for him to train anyone who may fill-in for him. Discussed with owner about being more consistent with sanitizer.”

Part of the report from the June 8, 2018 re-inspection of Springdale Athletic Club. The report wasn’t on the website when this article was prepared.