For the second time in almost two weeks, one Darien restaurant received a rating of “C,” — the worst in the town’s A-B-C ratings system —  in the eight food health inspection reports released Thursday by Darien Health Department.

The most recent batch of reports are from inspections that took place from Feb. 20 to March 4. Four of the establishments inspected received a rating of “A.” Three others received a “B.” 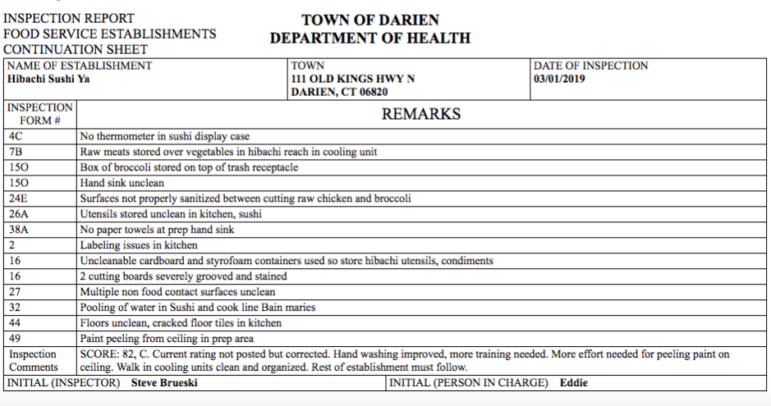 Part of the Hibachi Sushi Ya inspection from March 1