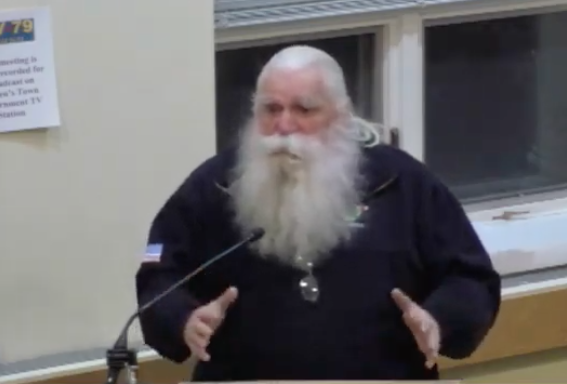 The construction project to replace Old Town Hall Homes is scheduled to have the 20 residents, who now have all moved out, return by the spring of 2020, according to Housing Authority Chairman Joe Warren.

That was part of what Warren told the Board of Selectmen Monday night about the $20- to $24-million project to replace the senior housing complex with one building which will more than double the housing capacity of the site — from 22 apartments in the now-empty building to a 55-unit structure of single-bedroom apartments, except for two two-bedroom units. 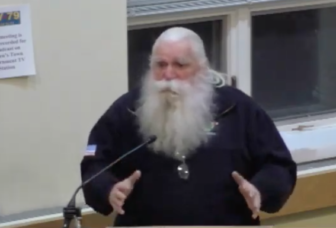 The two-bedroom apartments “give us the flexibility if we have somebody who needs a full-time [live-in] aide,” Warren told the selectmen.

The residents who moved out of the complex have moved into new housing arrangements: Four have relocated to Hope Street in Stamford, two others in Norwalk, two others to live with their families elsewhere in New England, two passed away and the rest are all living in Darien.

The housing authority is paying for any difference in rent and the residents are guaranteed housing for at least the next 18 months, he said.

The housing authority, an independent agency that answers to the state, also runs the Heights housing complex across the street from the Noroton Heights Fire Department.

The water has been turned off in the Old Town Hall Homes buildings, and the electricity is being used for lighting at night, Warren said. The start date for demolition and construction has not yet been set, he added, although the project is ahead of schedule.

The authority has decided to issue its own bonds for the project and has hired attorneys that the town also uses when bonds are issued, he said.

Warren said he wasn’t sure whether or not the authority’s bonds would affect the town’s debt limit. Town Administrator Kathleen Buch said she didn’t think so, but the town has so much “capacity that it would not impact our debt.” First Selectman Jayme Stevenson said the Board of Finance would be contacted about that.

Bonding will only pay part of the costs of the project, Warren said. For the rest, the Housing Authority has received written assurances from various state agencies that it will get certain grants, low-income housing tax credits and budgeted money for the project.

“Do you have a ‘commitment to fund,'” Stevenson asked him, referring to a binding legal document to fund a project.

Warren said he did, although he added: “Everything’s absolutely guaranteed, cast in concrete, unless I wake up in the morning and somebody tells me different.”

The financing process appears to be very routine for all the parties involved except the housing authority itself, Warren indicated, although the housing authority previously presided over the rebuilding of the Heights at Darien site. He even knows who expects to buy up the bonds, once issued, he said.

A small town-owned building now housing ambulance paraprofessionals from Stamford Emergency Medical Services who assist Darien EMS-Post 53 is adjacent to Old Town Hall Homes, Warren pointed out. The Stamford EMS personnel use parking on the site that won’t be available during construction, so an arrangement of some sort will need to be worked out, he said.

Warren said Housing Authority officials expect to change the name of the site when the new building goes up.

Not a lot of people are left in town are familiar with the site’s history as the former location of the previous Darien Town Hall, Warren said. A new name is expected to harken back to the history of the site, he added.

“We’ll want to find a name that’s more appropriate,” he said. “Keep in mind that site, before it was old Town Hall was Royle School.”