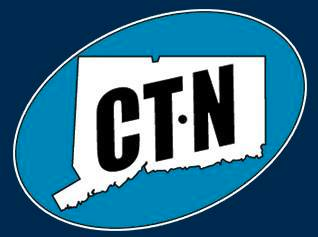 As our state lawmakers wrench their shoulders, patting themselves on the back for finally writing a budget (four months late), let’s stop for a moment. Put down the champagne and let’s ask ourselves: What really happened here?

The past months of budget negotiations may have been bi-partisan, but they have been far from transparent. This budget was baked by a handful of politicians, far from public view.

Not even Gov. Dannel Malloy was clued in on the details. Like us citizens, pols called him “irrelevant” to the decision making process.

At one point last week, state Capitol police actually locked down the Capitol at 5 p.m. — even as negotiations continued — ejecting members of the public from the building lest they have a chance to speak to their elected officials to find out what was being decided.

One by one, the financial facts of this “veto-proof” budget are now emerging. And one of the most disturbing is the impending ethical and financial castration of CT-N, the state’s independent television network — our answer to C-SPAN.

For 18 years CT-N has provided objective, arms-length gavel-to-gavel coverage of the three branches of state government and other important policy discussions across the state. Now lawmakers have cut off its arms, slashing CT-N’s budget from $2.8 to $1.6 million a year.

That means no coverage of the executive or judicial branches (just the Legislature) and no coverage outside the Capitol.

Worse yet, the legislature is demanding complete editorial control of what gets aired, when and how. Already gone is the network’s popular weekly news-in-review summary, “The CT-N Capitol Report” which has run since 2006, providing an objective synopsis of what’s happening in state government.

The state’s little known Office of Legislative Management (OLM) has been negotiating a new contract with CT-N.

This handful of bureaucrats answers to the Legislature’s Joint Committee on Legislative Management, a 32-member body chaired by the leadership, which has not been broadcast on CT-N this year because they have met just once — to discuss parking problems in their private lot at the Capitol.

No transparency (in negotiations or coverage) means we have no idea what our government is doing to us. CT-N’s management was even muzzled by OLM from speaking about their recent months of contract negotiations.

CT-N couldn’t alert sympathetic lawmakers to what their minions were demanding without risk of disqualification from the contracting process.

Never mind that this entire budget battle could have been avoided two years ago when CT-N proposed a self-funding State Civic Network underwritten by cable subscribers.

Some News Coverage of CT-N Budget in Recent Months

Lawmakers rejected that 40-cent-per-month cable surcharge as a “tax” even as this year they had no qualms about imposing similar fees on ride-hailing services.

And cable companies like Altice (Cablevision) are now ready to pass along fee hikes after costly negotiations with Disney (ABC, ESPN). Those cable subscribers will be whacked with a $4-per-month “surcharge.”

Over $100,000 worth of HD cameras purchased to update CT-N’s 18 remote-controlled cameras can’t be installed because OLM has denied them funding.

It’s obviously about more than the money. Lawmakers want to control the medium and the message.

So with the CT-N’s contract expiring on Oct. 31, chances are CT-N will morph into what one long-time political reporter has always called it: “The state propaganda network.”

The politicians will control the cameras covering them. They will be answerable to nobody.

And the biggest loser will be our democracy.

Jim Cameron is program director of Darien TV79, a member of the Darien Representative Town Meeting and serves on the Area Nine Cable Council. The opinions expressed are his own.

If you’d like to send in a letter to the editor or commentary article, just email it to Dave@Darienite.com with your phone number, and we’ll consider it.