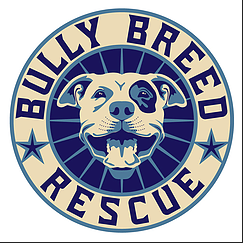 Fairfield police are investigating the deaths of several dogs that appeared to have died in crates inside a home at 37 Prince St. in Fairfield, and the vice president of an area dog rescue group says its president was in charge of those dogs and lived at that address.

Believed to have been sent to either a sanctuary or foster home, the remains of the five dogs were found in the care of Heidi Lueders, president of New Canaan-based Bully Breed Rescue Inc., according to a post on the organization’s website by Vice President Chris Antolini.

Alerted to an investigation at the familiar street address, members and volunteers with Bully Breed “all immediately began cooperating with local police and detectives,” Antolini said.

“It is with great sadness that we confirm all five dogs on Prince Street were dogs of Bully Breed Rescue, Inc. under the care of President Heidi Lueders,” Antolini said in the statement.

“Over the last seven months, Ms. Lueders had previously communicated to members and volunteers that she had sent four of these dogs to a sanctuary and the fifth dog was in a foster [home] which she was monitoring. None of these dogs were known to be within the residence of Prince Street.”

Its secretary is listed as Peggy Lueders, according to a 2016 tax return. That year, the organization took in about $67,000 in contributions, gifts and grants, the 990 form said. Heidi Leuders is listed as working 60 hours per week, according to the IRS form.

Heidi Leuders’ address is listed by the White Pages website as 37 Prince St. News media accounts of the Fairfield police investigation say that’s the address where the dogs were found.

“Police are investigating an animal cruelty case after the remains of several animals, believed to be dogs, were found inside a home in Fairfield. At about 4 p.m. on Nov. 14, Fairfield Police responded to a home on Prince Street on the report of animal cruelty. Responding officers found several animal carcasses, which are believed to be dogs, in crates within the residence.”

Reached by NewCanaanite.com, Kalaramas said police are not putting out suspect information until a signed arrest warrant is in hand.

Reports about the investigation and its ties to Lueders began circulating hours after Fairfield Police issued the statement, including with photos, on Facebook pages dedicated to identifying those who commit animal cruelty.

Lueders has had brushes with the law in the past. In August 2015, New Canaan Police charged her with disorderly conduct, third-degree assault and second-degree reckless endangerment.

Police said she went to a Winfield Lane home to help a friend collect a $100 debt, and a dog she had brought with her attacked and bit an individual during an ensuing confrontation. (The charges appear to have been dropped, as Lueders has no criminal record, according to Connecticut Judicial Branch records.)

Antolini said Bully Breed has provided all information it has to police.

“We will continue cooperating with the investigation and anything that is needed to help find justice for our dogs,” he said in the statement. “We, like everyone in this community, share in your grief and shock. Our focus now is continuing to ensure the safety and health of the dogs in our rescue and protecting all of the volunteers and adopters who graciously donated their time to a cause we all believe in.”

As of Tuesday morning, the website was only displaying his message and no further information about Bully Breed or the dogs in its care.

“We want to thank the local agencies for their diligence and the outpouring of support and assistance we have received. At this time Bully Breed Rescue, Inc. is in the control of volunteers who are actively working with other rescue agencies and supporting the Fairfield Police Department’s investigation.

“Due to our cooperation, we cannot release any information involved that will interfere with the police investigation. We must respect the process and allow the detectives to do their job in order to receive the answers we all want. Any questions or requests for information should be directed to the Fairfield Police Department.

“We encourage anyone with information to come forward and cooperate. We appreciate your support and respect for our privacy as we mourn and process during this time.”