Neil Stanley Johnson of Danbury, formerly of Easton, passed away suddenly at Danbury Hospital on May 22 at age 59. 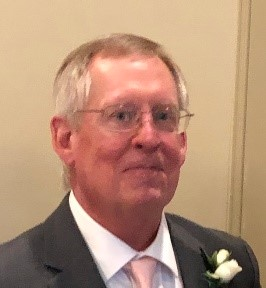 Neil Johnson, 59, passed away May 22. A celebration of his life will take place June 26.

Neil graduated from Darien High School in 1980 and went on to Bucknell University.  He later received a bachelor’s degree from Fairfield University.

Neil was an avid skier and a lifelong fan of the New York Mets. He met his wife, Susanne Staples Johnson, through a skiing club, and they were married on April 4, 1989.

Neil worked for many years at General Analysis Corporation, later Wilkes Enterprise Inc., where he supervised the production and worldwide installation of infrared analyzers for biofuel, petrochemical, environmental, and manufacturing applications until the company was purchased and relocated by a larger organization.

Neil volunteered as a coach for youth baseball, soccer and basketball. He also volunteered regularly with Helping Hands Outreach in Bridgeport, distributing meals to people in need. He received a commendation from Bridgeport’s Mayor Ganim for his volunteer work.

Neil was preceded in death by his father, Stanley, and his mother, Ruth.  He is survived by his wife Susanne; his daughter, Sara Moffa, and her spouse, Austin, of Vienna, Virginia; his son, Daniel Johnson, of Quincy, Massachusetts; his brother, Peter Johnson, and his spouse, Carolyn, of Yarmouth, Maine; his brother, Rick Johnson, and his spouse, Raffaele, of Seattle; several nieces and nephews and many family relatives in Sweden.

A celebration of Neil’s life will be held at 12 noon, Saturday, June 26 at Chuck’s Steakhouse in Danbury. The event is meant to be an informal gathering of family and close friends to share memories of Neil’s life. Please feel free to bring photos, wear a Mets hat, a Raiders jersey, or something would appreciate.

Due to seating and space restrictions, we ask that you RSVP by June 20th to hitwgnurse@aol.com.

In lieu of flowers, donations may be sent to Helping Hands Outreach, 649 Clinton Ave., Bridgeport, CT 06604.