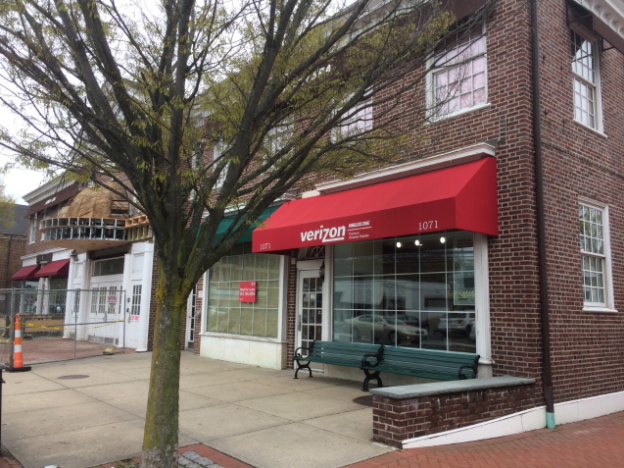 Where the Verizon store is in this picture, a new restaurant will be located, as Verizon moves to the left, where the porch-like marquee was recently taken down.

Some of the empty storefronts downtown may soon be homes to a nail spa, a restaurant and a pilates fitness studio, according to applications now before the Darien Planning & Zoning Commission.

A public hearing was held last week for the nail spa, which would provide manicures, pedicures, waxing and facial treatments. 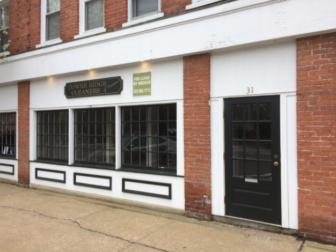 The nail spa would go into this storefront space formerly occupied by Old Towne Cleaners.

According to the application, presented by David Palombo, of Palombo Architectural Design of Wilton, the “wellness spa” would be located in the 861-square-foot space at 31 Tokeneke Road, in the building just to the left (as seen from the street) of the “little red schoolhouse” building on that street.

The storefront sits between Hitchcock Munson Optitions (on its left) and the Compo Farm store in the building, which is owned by Tokeneke Road Properties LLC of Stamford.

Palombo told the Planning & Zoning Commission on Tuesday that there would be four chairs for pedicures and three tables for manicures, with small, separate rooms for waxing and facials. A maximum of nine customers could be given services at any one time.

According to the application filed with the town Planning & Zoning Department on behalf of the owner, Binru Cai of Elmhurst, N.Y., the business expects to have about 25 customers a day. No employees would need parking in the nearby town lots because Cai expects to drive employees to the store in the morning and then back at night.

Although the application originally said the business would be open from 9 a.m. to 5 p.m. on weekdays, Palombo amended that to request 9 a.m. to 7 p.m.

New personal service businesses in that part of downtown require a special permit from the Planning & Zoning Board, in part to make sure public parking lots in the area aren’t overwhelmed with vehicles driven by customers and employees.

The special permit application for the business is on the agenda for “discussion, deliberation and possible decisions” at the Planning & Zoning Commission’s next meeting on Tuesday, April 26.

A nail business has also been proposed for a 1,000-square-foot space on the second floor of 975 Post Road (The Studio spa and Steam restaurant are located on the first floor of the same building). This application also is on the agenda for Tuesday night’s meeting.

In about half of the space formerly occupied by the Panera Bread restaurant and bakery at 1063 Post Road, an applicant has proposed to move in “Club Pilates of Darien.”

The fitness studio would provide instruction in Pilates, barre, TRX and other fitness practices on the side of the first floor farthest from the movie theater building next door. 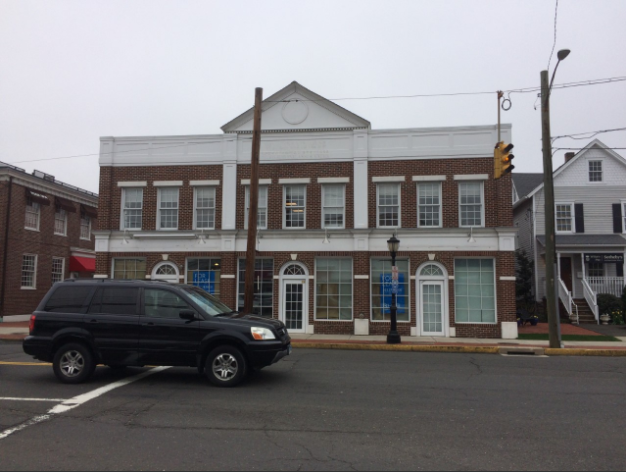 The Pilates studio is planned for the right side of the building at 1063 Post Road (between the William Pitt, Sotheby’s office to the right, and the Darien Playhouse building, to the left).

“About 10 to 15 percent of the space would display fitness clothing and related items for sale, which is an important part of the business,” said the application, filed by Greenwich Manor LLC, the owner of the building, on behalf of the new business.

Class sizes would be no greater than 12 customers and one instructor. Classes would run about 50 minutes long. The building has its own parking of 26 spaces in the back, and has an arrangement with the owners of the Darien Playhouse building for the use of five more spaces in the shared parking lot behind both buildings.

The Verizon store at the front right corner of the Darien Playhouse Building at 1077 Post Road is expected to move to the front center part of the building (it’s currently in space to the right of that, as seen from the street).

Where the Verizon store is in this picture, a new restaurant will be located, as Verizon moves to the left, where the porch-like marquee was recently taken down.

The owners of the building have removed the marquee sign and porch-like entrance of the old building, long a landmark downtown. The remodeling won’t include a similar porch, which was at the old entrance to the movie theater (now accessed from the back and side of the building.

Into the space that Verizon is moving from, a restaurant is planned.