Michael John Patrick Mullin passed away peacefully on April 3, 2021, in Fort Myers Florida, following a brief battle with cancer. He was 87. 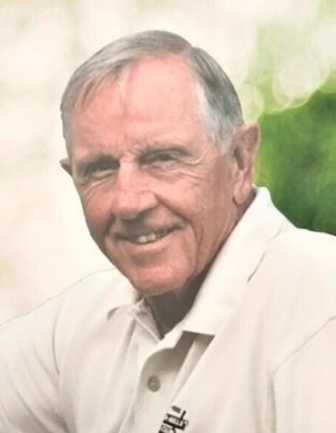 Michael Mullin, 87, passed away April 3. His funeral will be on May 7.

A proud Irishman, Michael was born in Pipestone Minnesota, on Aug. 19, 1933, to Clement Mullin and Mary McGinty Mullin, and was preceded in death by his siblings Mary Mullin, Marguerite Anderson, and Maurice Mullin.

During college, he was named All-MIAC in hockey each year and was invited to the 1956 U.S.A. Olympic hockey team trials.

In 1955, Mike married Catherine Frances Borgman and together they raised four children Teresa Downs, Kathleen Mullin, Colleen Lake, and Patrick Mullin — and, in their later years, enjoyed spending time with their nine grandchildren and four great-grandchildren. Mike will forever be remembered by them for his patience, optimism, and always sage advice.

For 33 years, from 1957 to 1990, Mike was employed by the IBM Corporation, serving in progressively higher levels of sales and executive management positions across various locales, including Minneapolis, Milwaukee, Omaha, Chicago, San Francisco, Dallas, New York, Tampa, and Sydney.

After 15 years in Darien, Mike and Kay settled in Fort Myers at the Fiddlesticks Country Club. A devout disciple of Christ, Mike volunteered at the St. John XXIII Catholic Church and served as president of the parish council and as chairman of the Strategic Planning Center.

In addition, Mike was an accomplished golfer and loved to compete in club, regional, and senior events, and was never happier than when in the throes of competition, enjoying the camaraderie of his partners and opponents.

A funeral Mass will be held at St. John XXIII Catholic Church in Fort Myers, on May 7, 2021 at 11 a.m., beginning with a greeting period at 10 a.m., and followed by the interment of his ashes in the church’s Memorial Garden.

In lieu of flowers, memorial contributions may be made to the Visitation Monastery of Minneapolis, 1527 Fremont Ave North, Minneapolis, MN 55411, or online through Mightycause.com.

Michael, rest in peace with God — and may the wind be always at your back.