I love getting email, especially from frustrated Metro-North commuters.

Consider this thoughtful email I received a week ago from a six-day-a-week rider, Scott Mikita, who works on Broadway: 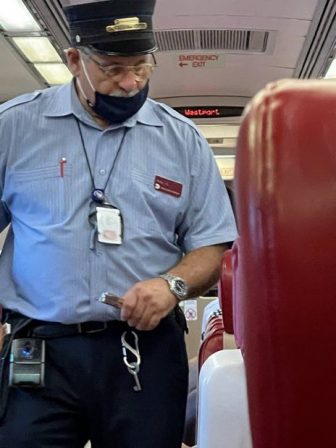 “I am actually on a train into work right now and Googled ‘Metro North conductor claims he can’t enforce mask mandate’ and your article from September 2021 popped up. I take 12 train rides per week and have seen ridership increase since coming back to work in September 2021. I have also noticed that trains are often shorter than before and some conductors reluctant to open empty cars, even on busy, crowded trains.

“Just now, I asked the conductor if the mask mandate is still in effect (there is a couple sitting on the train, maskless) and he said yes, but that he ‘couldn’t enforce it.’ I replied that he can certainly at least make the (mask rule) announcement again which he eventually did 15 minutes later.

“I am so frustrated with MN’s lack of consistency on these issues.

“We have all had to pull together to try to get back to some sense of normal. And now my experience is that (anecdotally anyway), COVID is coming back and there are more cases. Certainly there are in my industry, anyway, where we MUST be unmasked to do our jobs, and yet as soon as we get off stage, the masks go right back on! I cannot imagine a conductor letting a passenger ride for free (another policy….. that everyone must have a paid-ticket) and yet some are unwilling to enforce (or even encourage with mask hand-out) the mask policy.”

Stan is right to be upset. Conductors on Metro-North do not enforce the mask rules, leaving that task to the MTA Police. And as CTExaminer.com found in a FOIA complaint last year: In the year after the mask rules went into effect, not a single citation had been issued in Connecticut by MTA police for non-compliance. Not one. 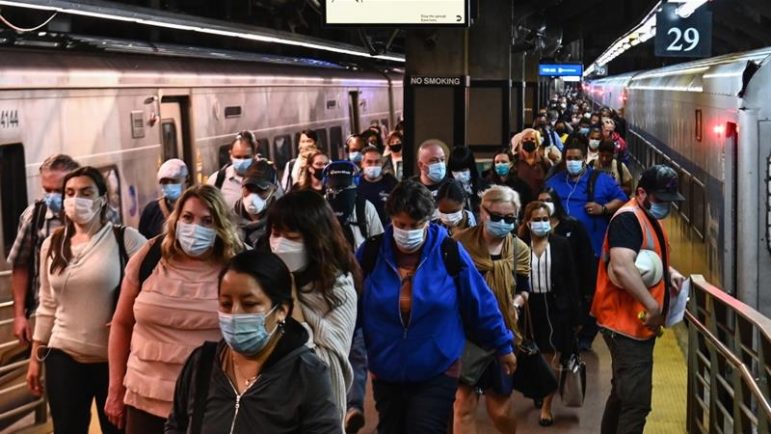 Why? Because the MTA PD is virtually non-existent in our state. The handful of their officers stationed here only drive around in patrol cars and never ride our trains. When’s the last time you ever saw an MTA PD officer?

Sure, the MTA PD has bigger law enforcement problems to worry about than passengers refusing to wear a mask. But COVID is back. Cases are climbing, mask rules are being reinstated in some places and people are still dying or suffering from “long COVID” for months.

These transportation mask rules are Federal, dictated by the TSA and are not optional. MTA asks Washington for billions in rescue money but won’t enforce this safety rule? Where are our congressmen and senators on this issue?

For commuters like Stan Mikita, this is a matter of public safety. For Metro-North to encourage, no, almost plead for commuters to come back to their trains and then allow them an unsafe ride, is hypocrisy.

If you see something, say something! E-mail me at CommuterActionGroup@gmail.com.