Melvin (Mike) Saul Silverstein, 95, of Worcester, Massachusetts, formerly of Norwalk and Hartford, passed away on May 18, 2021. 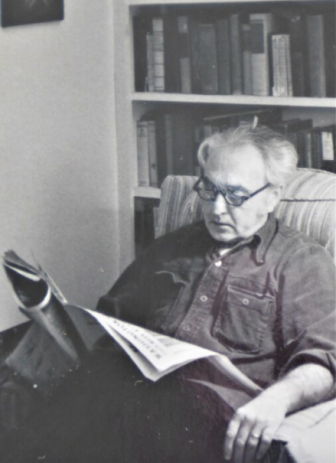 Melvin “Mike” Silverstein, 95, passed away on May 18. His funeral, followed by a social gathering to share memories and thoughts about him, will be in late June.

An award-winning educator, prized friend and co-worker, he took on diverse roles in education and in his communities and was a longtime advocate for the less fortunate.

He was the husband of the late Florence Heath Silverstein for 68 years.  Born Oct. 30, 1925 in Hartford, he was the son of the late Samuel and Dora Kosofsky Silverstein.

Mr. Silverstein grew up in Hartford, the youngest son of immigrant parents from eastern Europe.  He attended Hartford public schools and worked with his siblings at the family-operated People’s Dairy, a milk processing and delivery company.

When he was only 17, he enlisted in the U.S. Army Air Force in October 1943 training to serve as a gunner on a B-24 Liberator just as World War II ended.  He was awarded the WW II Victory Medal, American Campaign Medal and the Good Conduct Medal.  He was honorably discharged in May 1946.

Mr. Silverstein attended Hillyer College (now the University of Hartford), where he met his wife Florence. They married in 1948.  He graduated with a Bachelor of Arts degree in 1950 and obtained his Master of Education degree in 1956.

He became a teacher and counselor for Glastonbury High School, then in September 1960 moved from East Hartford to Norwalk, where he joined the guidance staff of Darien High School.  In 1967 he took on a similar role at Staples High School in Westport and dramatically expanded it.

Over two decades he became a fixture — active in career counseling, the adult education and work/study programs. He was also active with the Hope Center in Bridgeport.

Simultaneously, he was active with Temple Shalom in Norwalk becoming principal of the religious school. During the summer of 1966 he led a group of 22 students to Israel on a service project under the auspices of the New York City-based 92nd Street Y.  In 1978 he was named the outstanding counselor in the state of Connecticut by the Connecticut School Counselor Association.

Melvin is also survived by his brother Nathan Silverstein of Branford and his cousin Marilyn Benson of Bloomfield, along with many nieces and nephews.  He was predeceased by his brother, Irving, and his twin sister, Evelyn Fain.

A memorial service will be held late in June in Hartford, followed by a social gathering to share memories and thoughts about Mr. Silverstein.  Those wishing to attend should contact Jeff Silverstein at 774-270-0769.

In lieu of flowers please consider donations to the Alzheimer’s Association, Diabetes Research Institute, University of Hartford, or the Jewish Healthcare Center in Worcester, Massachusetts.

— an obituary from Rice Funeral Home, where online condolences may be left.