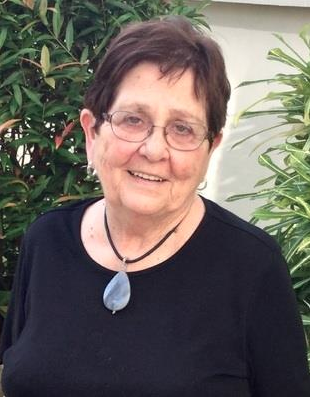 Mary Fox, 77, died April 15. At her request, there will be no funeral service.

She was born May 16, 1942, in Wichita, Kansas, the daughter of Henry H. and Blanche E. (Reese) Lohrenz. Mary graduated from Grinnell College in 1964 with a major in English.

In 1965, Mary married her college sweetheart, Michael Fox, in Wichita. They settled on the East Coast, first in Rumson, New Jersey, and later in Wilton.

As a young professional, Mary taught in elementary and middle schools. At the same time as she was raising two beautiful children, she was active in the Rumson-Fair Haven Junior League, where she was recognized as Outstanding Leaguer in 1981.

Years later, she earned a master’s degree in of library science from Southern Connecticut State University. She then worked as head reference librarian at Darien Library, a true testament to her love of reading and desire to serve other learners. She retired in 2000, and together with her husband, moved to Green Valley, Arizona.

In addition to her husband, Michael, she is survived by her daughter, Lisa Riley and Lisa’s husband, Scott, of Singapore; her son, Jason and his wife, Corinna, of Township of Washington, New Jersey; four grandchildren: Isabelle Riley, Mackenzie Fox, Cooper Fox, and Eloise Riley; two sisters: Carol Cater and her husband, Bill, of Baxter Springs, Kansas; and Cay Evans and her husband, Dick, of Dallas.

Mary has requested that there be no services or memorials. Donations in her honor can be made to the Friends of Green Valley Library.

— This obituary was published in the Asbury Park Press.