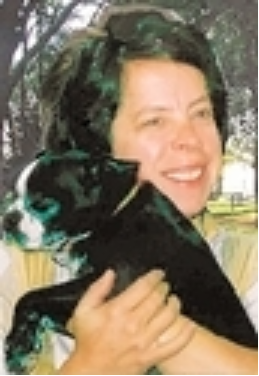 Margaret Blonder, 51, passed away Nov. 8. A funeral date has not been set.

It is with extreme sadness that the family of Margaret Anne Blonder, recently of Tarrytown, New York, announces her passing on Nov. 8, 2018. She was 51.

Margaret Blonder, 51, passed away Nov. 8. A funeral date has not been set.

She attended Parsons School of Design, Hunter College and the University of New Orleans. She earned a B.A. and law degree from University of New Mexico in Albuquerque, where she was selected to serve as editorial staff of the Natural Resources Law Journal in 2007.

Margaret held a variety of international positions in the fields of law, journalism and education on three continents. She recently taught English at Istanbul University in Turkey. She was an accomplished artist, writer and photographer who also studied languages and literature.

She is survived by her mother Lynne Hathaway Horvath and step-father Robert Horvath of Lenox, Massachusetts; her sisters: Martha Burke of Bernardsville, New Jersey and Nancy Child of Lighthouse Point, Florida.

— This obituary previously was published in the Albuquerque Journal

She will be remembered by her nieces and nephews: Timothy and Nicholas Child and Grace and Duncan Burke; her brothers-in-law: Tim Child and Scott Burke; her step-sister, Lisa Johnson Gates; her aunts, uncles, cousins and dear friends. She was 51 years old.

A memorial and photography exhibition celebrating her life will be held in the New York area (date and location to be announced).