“Ramblin” Dan Stevens, a veteran bluesman and raconteur is gonna CLOSE DOWN Darien Library when he talks, sings and plays in his educational and entertaining multi-media presentation on the history of the blue on Wednesday night.

It’s true. The library has announced it will not be open for anything else after 7 p.m., Wednesday. If you’re not there to hear and see Dan Stevens, you’re not welcome. Go back the next day.

His presentation will include classic blues pieces played on authentic vintage instruments.

The music is traced chronologically through its development in different regions of the South and follows the great African American migration to important centers like Memphis and Chicago. The roots of rock ‘n’ roll, jazz and even hip hop can be traced to this important form. 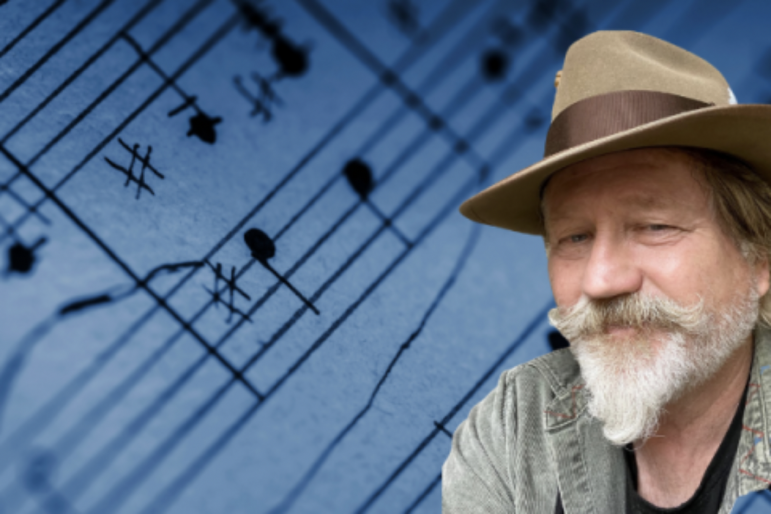 Dan will perform some pieces on his homemade, three-stringed “Cigar Box Guitar” and one stringed “Diddley Bow”, both primitive instruments used by early bluesmen and played with a “bottleneck” slide.

REGISTRATION for this event will CLOSE at 7 p.m. the night of the presentation, which begins at that time and runs until 8 p.m. in the Community Room. The event is free. You can register online, here.

And one more time, just as a reminder: Darien Library will close to all other visitors at 7 p.m. Talk about bringing the house down …

Stevens is a veteran touring bluesman and teacher who has entertained audiences throughout the U.S., Germany, Britain, Canada and the Virgin Islands.

As a finalist in the International Blues Challenge on Beale Street in Memphis and protege of the legendary folk/blues icon, Dave Van Ronk, Dan has been lauded for his ability as a raconteur and for the authenticity of his approach gained by many years on the road as a traveling blues musician.