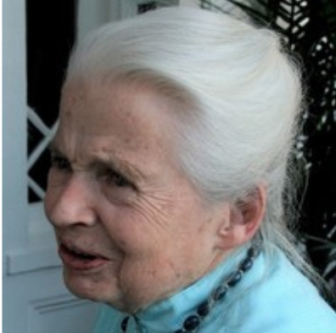 Lucy Swift, 93, passed away on Feb. 29. A gathering in her honor is tentatively scheduled for April 25.

She was born Aug. 24, 1926, in New York City to Dorothea Valentine Abbott and Dr. Walker Ely Swift and grew up in Darien and New York City.

Lucy attended Black Mountain College in North Carolina and Barnard College. She graduated from Columbia University in 1953 with an MD. She went on to specialize in pediatric cardiology and was deeply committed to the well-being of children.

Lucy was a life-long physician. She was dedicated to serving others and worked untiringly, giving each of her patients the time and care they needed.

From her time at St Luke’s Hospital (1964 to 1986) a friend and colleague remarked, “She was teacher and confidant. Amazing! We all learned so much from her and she taught us how to be doctors.”

Lucy moved to Cornwall, New York in 1990 where her great-grandfather, Lyman Abbott, settled his family. Lucy was also a direct descendant of General Joseph Gardner Swift, the first graduate of the United States Military Academy in 1802. She loved the Hudson River and the land of the river valley.

Dr. Swift continued her professional work as a collaborative physician with Orange-Ulster BOCES (Board of Cooperative Educational Services, a regional public education service organization) for 23 years.

She also served as a medical consultant for 15 years with Inspire, an organization that provides provide rehabilitative and education services to children with cerebral palsy in Goshen, New York.

Lucy was deeply committed to her community. She was active with the Cornwall Public Library and the Hudson Highlands Nature Museum. She had lifelong musical interests and played the flute weekly with a small group of friends.

Lucy was inquisitive about people of all ages and religions. She found a home in the Quaker community in Cornwall. She loved books, writing, and thinking and had a great reverence for nature. She inspired love, respect — and a little fear in all who knew her!

Lucy was loved by her family. She was predeceased by her brother, Abbott and her sister, Elisabeth, and by two nieces, Dorothea and Ann. She leaves one niece, Deborah Swift Carter of Lakeville, married to John; three great nephews – Caleb Carter, married to Sachiko; Jacob Carter, married to Theresa and Jesse Carter. She delighted in her great-great niece, Maya, and her great-great nephews: Sage, Samuel, Simon and Nico. She always remembered their birthdays!

Toward the end of her life, the care that she had given to others, over the years, was returned to her through wonderful caregivers and dear friends.
She was a treasure and we will carry her in our hearts.

Donations: Doctors Without Borders or something for children. There are tentative plans to gather in her honor at 11 a.m. on April 25, 2020 at the Friends Meeting House in Cornwall, New York.

— an obituary from James F. Lulves Funeral Home, where online condolences may be left