One Darien restaurants received a “C” rating, the worst in the town A-B-C ratings system, in in the six most recently released Health Department inspection reports.

Three other establishments were rated “B”, and two more received an “A.”

The seven inspection reports released Thursday were based on inspectors’ visits on March 31 to April 4. 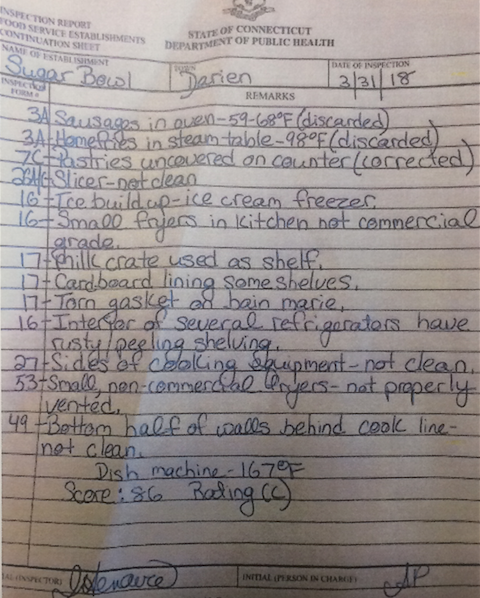