Karen Peet Marr, beloved wife, mother, grandmother and friend, died peacefully at home surrounded by her family on Oct. 13, after a brief and sudden illness.  The cause of death was Creutzfeldt-Jakob disease (“C J D”).  She was 75. 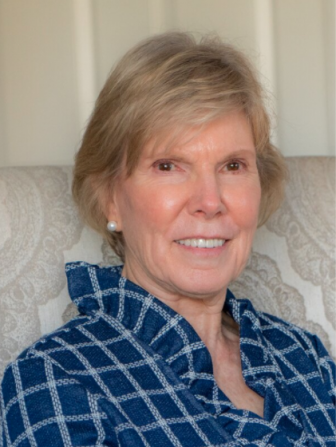 She was the daughter of Knox and Eleanor Peet of Utica, New York.  She graduated from Russell Sage College in Troy, New York with a degree in physical therapy.  She was a Darien resident for over 40 years and worked as a physical therapist at the Stamford Hospital and the Silver Hill Hospital in New Canaan.

She was a dedicated member of the Noroton Presbyterian Church having served as a deacon, a Stephen Minister, a wedding coordinator and on various other committees.  She was active in P.E.O., a national philanthropic organization that raises scholarships for women, and served as president for several years.

She is survived by John, her husband of 52 years; her daughter, Julie Monroe (Cory), of Wellesley, Massachusetts; her son, Todd Marr (Griffin), of Darien; her brother, David Peet, of Utica, New York; and her seven beloved grandchildren.

In lieu of flowers, donations can be made in Karen’s memory to the Nambale Magnet School in Nambale, Kenya.