Judith Chase Roberts Skidd of Wilton died of natural causes at her home on Thursday, Aug. 26, 2021. She was 82. 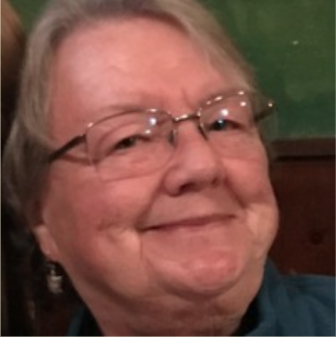 Judy was born in Roslyn, New York in April 1939, the daughter of Frederick G. Roberts and Doris Babcock Roberts. The family moved to Easton, then to Darien in 1949, which is where she met Thomas P. Skidd Jr., her loving husband of 57 years.

A trained nurse, woodcrafter, and devoted wife, mother and grandmother, Judy spent her life dedicated to those she loved. First, as a faithful wife and then loving mother to her four children.

During this time, she was not only an enthusiastic presence at every swim meet, but also played key roles in both the Roton Point Beach Club and the Wilton YMCA Wahoos Swim Team.

Later in life, Judy flourished as a woodcrafter. Her woodworking creations, which were showcased at craft shows and Simply Country in Wilton, meant a great deal to her; and it thrilled her to know that her artistry made others happy.

Judy, or MiMi, as we all called her, adored her grandchildren. Nothing made her happier than to spend time with them as they were growing up. The memories of nature walks, picnics in the grove, trips to the aquarium, days at the beach, camp MiMi, and holiday gatherings are etched into all of our hearts.

She was predeceased by her husband, parents and brother, Frederick (Rick) G. Roberts, Jr.

Services will be private.

— an obituary from Collins Funeral Home, where online condolences may be left