The town’s 20th anniversary of the Sept. 11 attack will be observed, Saturday, Sept. 11, starting at 8:25 a.m. at the Darien 9/11 Monument behind Middlesex Middle School.

This year, a 20th anniversary ceremony in Darien, Illinois will honor those from Darien, Connecticut who died in the attack. The state of Connecticut is holding a ceremony at Sherwood Island State Park on Thursday, Sept. 9 to honor the state’s victims.

“All are invited and encouraged to attend and add their voices to those who have vowed, ‘We will remember,'” the town Monument and Ceremonies Commission said in an announcement. The ceremony is expected to last 35 minutes.

The ceremony will take place at the Town’s 9/11 Monument, located in the courtyard behind Middlesex Middle School at 204 Hollow Tree Ridge Road.

Since the date of the town’s annual ceremony falls on a Saturday, the school won’t be in session, so there will be plenty of parking in the school’s front lot, the announcement said. 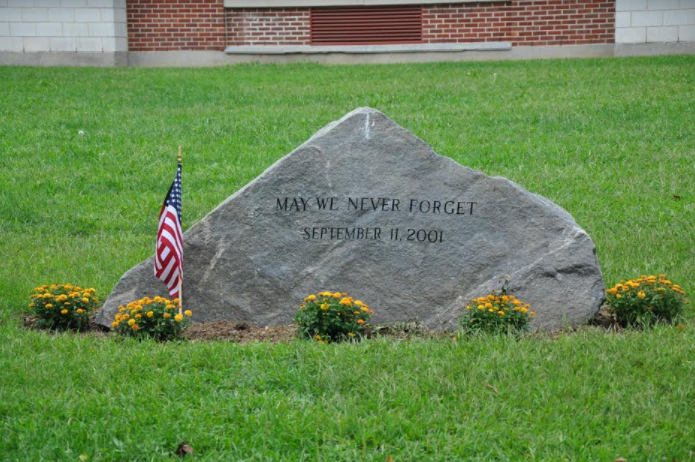 This year, Darien people killed in the massacre are going to be remembered in a 20th anniversary ceremony in the town of Darien, Illinois, taking place on Friday, Sept. 10, First Selectman Jayme Stevenson said in her first selectman’s report on Monday night.

Illinois Darienites pronounce the name of their town differently — in Illinois, the stress is on the first syllable, Stevenson said. (That would make it rhyme with “Marion” rather than “Mary Ann.”)

Darien, Illinois, a suburb about 15 miles west of Chicago, was named after Darien, Connecticut. Both Dariens have roughly the same population, but, in terms of land area, the Illinois town, at 6.17 square miles, is only half the size of the Connecticut town.