Judy was born on Oct. 3, 1942 in Syracuse, New York to Eugene and Bertha Stoll and raised in Lake Hopatcong, New Jersey.

In 1970, she married William “Bill” Henry, her husband of 51 years. They raised their family in Darien, before retiring to Hilton Head Island in 2005 and later moving to Blue Mountain Beach, Florida in 2014. 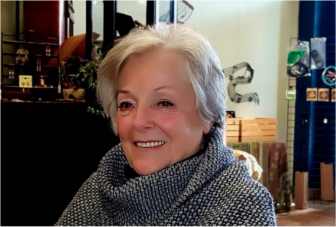 Judith Henry, 79, passed away on Dec. 8. Her funeral will be scheduled later.

Judy is survived by her husband; her children: Kimberly Konte (James) of Irvine, California and Michael (Kathryn) of Windermere, Florida; and four grandchildren: Michael, Trevor, Audrey “Maddie”, and Ella Grace; as well as her brother, Gary Stoll.

Judy will be remembered as an avid lover of animals and afternoons playing Mahjong with friends.

In leu of flowers, the family requests donations be made to Alaqua Animal Refuge in Freeport, Florida or Elephants without Borders. A private service will take place at a future date.

— an obituary from Woodlawn Funeral Home, where online condolences may be left