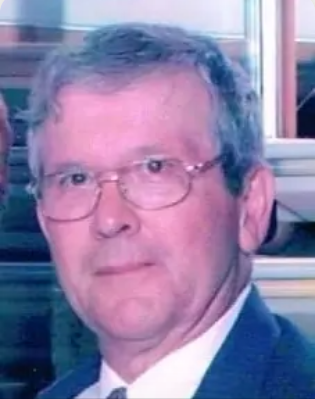 Joseph Pereira, 77, passed away Nov. 17. His funeral will take place at a later date.

Joe grew up, married, and raised his two children in Darien. He was a 1963 graduate of Darien High School. An active and accomplished athlete, his lifelong love of golf, bowling and baseball began in his youth.

Joe shared his particular love of baseball with his children, nephews and their friends, serving as a coach for several Darien Little League teams, and never missing a chance to root for the New York Mets.

After his children grew up, he rediscovered his passion for golf. He became an active member at Silvermine Golf Club with his wife, where they made and sustained many new friendships.

A proud patriot and U.S. Navy veteran, Joe was stationed at NAB Little Creek in Virginia Beach, Virginia, during the Vietnam War era. He served aboard the USS Talbot County as a Radioman Seaman. He maintained a love of military history throughout his life, which he passed along to both of his grandsons.

A gifted craftsman, tradesman and carpenter, Joe used his many talents to make hundreds of homes look beautiful and welcoming. Along with his best friend and surrogate brother, Richard Bryant, Joe established Bryant Floor Covering in Stamford, which served the Greater Fairfield County area successfully for more than three decades.

Upon retirement, he lived in Sanford, North Carolina for 10 years before relocating to San Tan Valley, Arizona.

Joe will be dearly missed by Barbara, his wife of 55 years. He leaves behind a son, Michael Pereira of North Carolina; and daughter, Christine Bakter and her husband, Joe, of New Jersey. A loving and doting grandfather, he leaves behind two grandsons, Alexander and Benjamin Bakter, who were his pride and joy.

He will be missed by many relatives, dear friends, and golf buddies from Silvermine, Oronoque and Carolina Lakes golf clubs. Joe had a gift for storytelling, and we will most miss his quick wit, sense of humor and proven ability to engage in — and win — many a political debate.

A celebration of Joe’s life will be held at Gospel Light Baptist Church in Mesa, Arizona, at a later date.

In lieu of flowers, donations to The Salvation Army or any charity supporting veterans would be deeply appreciated.

— an obituary from San Tan Mountain View Funeral Home, where online condolences may be left