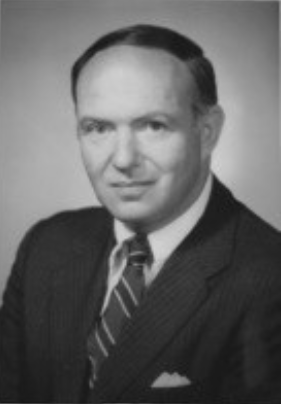 He was born June 25, 1932, in Stamford, and enjoyed sailing, both racing and instructing in his youth on Long Island Sound.

Jack was graduated from Dartmouth College and completed graduate courses at Johns Hopkins University. He served in the Navy for almost four years, attending Officer Candidate School in Newport, Rhode Island, before being assigned as a communications officer on a destroyer in the Pacific.

Jack gained promotion to lieutenant, completing his service as a small boat facilities master in Annapolis, Maryland, where he learned a great deal about making do and devising innovative solutions to challenging problems and processes.

In 1958, Jack joined IBM and worked in sales management for close to two decades, before forming the John Zimmermann Co. as an outside consultant with clients such as GE and Pitney Bowes. As co-chairman of MEAC, Manufacturing Excellence Action Coalition, Jack consulted on projects in the United States, Australia and Japan. Jack said his greatest professional achievement was creating a self-balancing line for the automobile industry.

Often called to leadership positions because of his ability to weigh complex strategic options, Jack served on the Board of Education in Darien for 11 years. At about the same time, Jack led the Friends of Okemo Mountain Board which brought snowmaking and growth to this Ludlow, Vermont gem.

Driven by an overarching sense of loyalty and commitment, Jack’s personal mission was to take care of his family. He taught his children how to throw, skate, ski, and sail, believing that physical accomplishment is an important part of self-esteem. He coached hockey, too, enduring all those early mornings.

He encouraged his children to “aim for mastery” and coached them on all academic decisions and professional dilemmas throughout their lives.

He supported his wife’s professional growth by “manning the fort” for four consecutive summers while Jody achieved her masters degree in French from Middlebury College.

Unbeknownst to some, Jack had a strong artistic vein. As the eldest remaining Zimmermann family member of the eclectic and prolific metalsmith Marie Zimmermann, Jack took it upon himself to research and reestablish his great aunt’s place in history as an eminent artist and one of America’s foremost craftsmen.

Realizing that a number of her works were in the collection of the Metropolitan Museum of Art, Jack orchestrated a seminal exhibit of Marie Zimmermann’s work in 1985.

During those same years, he painstakingly acquired a singularly impressive collection of elegant Depression glass forms, creating a beautiful installation to enjoy in his retirement years.

In addition to leading the foundation’s board of directors in grant-making for 40 years, Jack co-founded the Jones-Zimmermann Academic Mentoring Program, a public-private partnership between universities and the school districts where they’re located.

Jack once said to his children: “Think about what you’d like to be remembered for. Then, ask yourself, what will it take to achieve that?”

— an obituary published by the Valley News on Legacy.com, where online condolences may be left