Someone told New Canaan police that a mountain lion was spotted on Gerdes Road, just north of the Darien-New Canaan border, at about 6 p.m., Saturday, Aug. 14.

The big cat sighting is the third in the past month in New Canaan, and close to the previous one, Aug. 8, on White Oak Shade Lane.

The sighting on Gerdes Road is the third in the past month and very close to the most recent one, on Aug. 8, on White Oak Shade Lane, just northeast of Darien.

Gerdes Road is just north of the Merritt Parkway, White Oak Shade Lane is just to the south of it.

— a version of this article was previously published by NewCanaanite.com.

New Canaan Animal Control Officer Allyson Halm said a mountain lion (also known as a cougar) was seen at the edge of a resident’s yard, and that the sighting is credible based on the eyewitness descriptions. 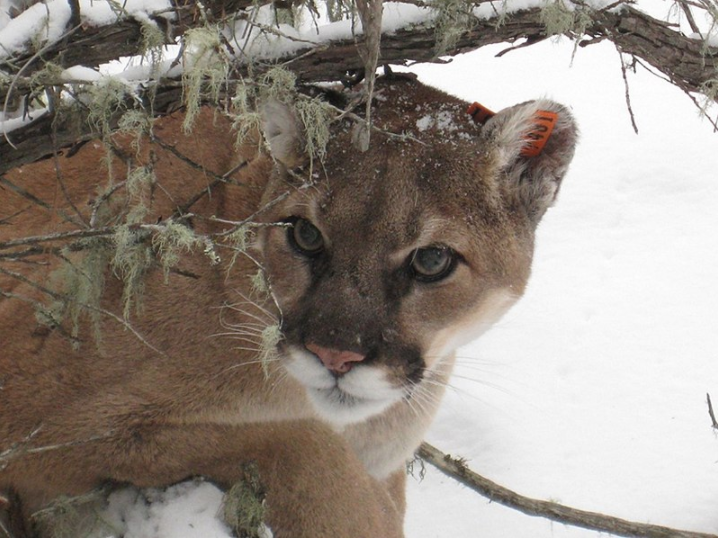 Mountain lion in winter. This one’s in Montana.

Yet another mountain lion sighting had been reported Friday night on nearby Brookside Road, Halm said, though it was too dark outside at the time to be classified as credible.

Halm said she is encouraging residents to always be prepared with air horns to haze any predatory animal and is urging those who have seen mountain lions to contact the state Department of Energy and Environmental Protection directly.

A man told Halm that he’d seen a mountain lion pass in front of him while jogging on Hoyt Farms Road (about a mile north of the Merritt Parkway) on the morning of July 20 .

Mountain lions have traveled through Fairfield County in the past. In New Canaan, residents have reported seeing mountain lions in 2016 and in 2018. 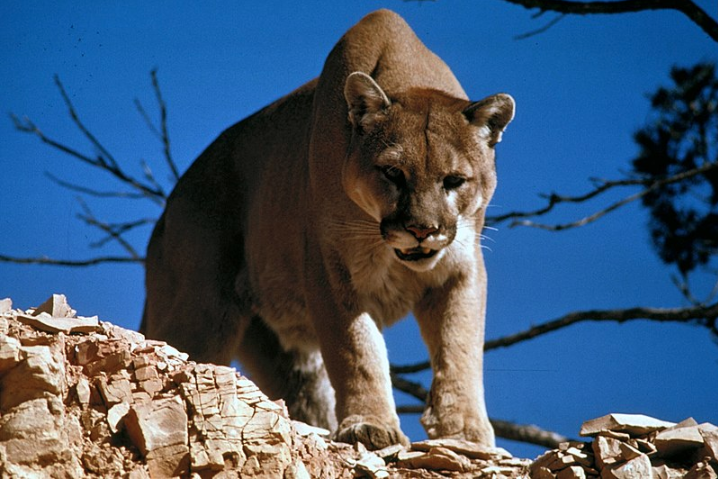 Photo from the National Park Service

Five summers ago, a mountain lion made regional headlines after it was photographed in Greenwich and later struck and killed by a motor vehicle on the parkway in Milford — a young male that DEEP officials determined through DNA evidence had traveled east all the way from South Dakota.

That’s a distance of more than 1,500 miles — one of the longest journeys ever recorded of a land mammal in North America, and more than twice the distance ever recorded for a dispersing mountain lion.

According to the Mountain Lion Foundation, a nonprofit conservation and education organization, the animals seek to avoid humans, though unprotected pets can make for easy prey.