John E. Herman Jr. “Jack” passed on Sunday, Feb. 16, 2020, at Cape Cod Hospital with his loving family by his side after a period of declining health. 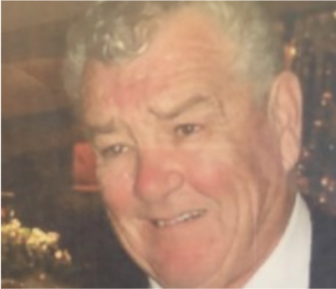 John E. Herman Jr. passed away on Feb. 16. His funeral will be private.

Jack as he was known, was born in 1934 to John and Lillian Herman and grew up in Darien, graduating from Darien High School.

Following graduation he tried to join the army, and even went so far as to try to “sneak” in — being 6’8” they wouldn’t take him, so he went to work for CL&P and then Southern New England Telephone, where he had a long career as a lineman and telephone repair man.

He married Carol Sue Miller and resided in Norwalk while raising their children. He and Carol bought and ran Jack and Jill Nursery School.

Throughout his life, he was an athlete playing baseball and hockey. He had the honor of being scouted by the New York Yankees to try out for them.

After retiring from the phone company and selling Jack and Jill Nursery School they moved to West Yarmouth, Massachusetts and enjoyed their retirement on Cape Cod. In his later years, Jack developed early onset macular degeneration.

While Jack still had his vision you could find him out clamming early on Sunday mornings. You could always find Jack sitting on his back deck on a sunny day listening to music. Jack always loved to have family and friends around. His door was always open for people to come over and sit and talk.

He is survived by his sons: John Herman of Norwalk and William Herman and his wife, Heather, of Lansdale, Pennsylvania; and his daughters: Kimberly Javier and her husband, Tony, and Jody Herman of West Yarmouth; and a sister, Judy Symeon, and her husband, Paul, of The Villages, Florida; grandchildren: Tai, Cody Jack, Kaylee, Anthony and Jude; great-granddaughter Mia Rose; and several nieces and nephews.

As always in life, in his death he did it his way. He would always say, “This, too, will pass.” Jack is going to be truly missed, He was one of a kind.

Funeral services will be private.

— an obituary from Morris, O’Connor and Blute Funeral Home, where online condolences may be left