Joan Murdough Boucher died peacefully, with family by her side, Sunday, May 2, 2021.She was 88. 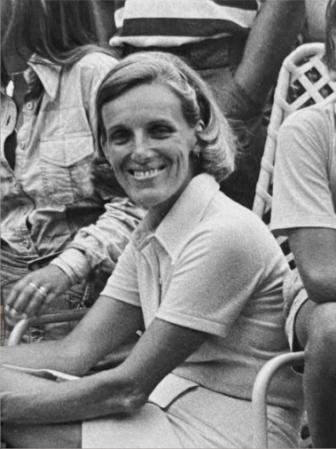 Joan Boucher, 88, died May 2. A private memorial service will be held this summer.

Born Nov. 22,1932, she was the daughter of Clark and Florence Allen Murdough of Newport, Rhode Island.

Joan married Roger William Boucher on June 30, 1956. They settled in the Highlands of Bristol, Rhode Island where they would raise their seven children.

Joan supported her children in every way; helping them become resourceful, resilient and confident individuals. They grew up learning a sense of responsibility, commitment, compassion and teamwork. She assured they pursued solid academic educations; augmenting their studies with activities such as Boy Scouts, Girl Scouts, sports, sailing, and art lessons. Joan had a passion for reading and instilled that passion in them as well.

A lifelong learner and gifted teacher, she graduated from the University of Rhode Island in 1954, with a bachelor’s degree in education. She taught at The Wheeler School for 27 years, both as a fifth-grade classroom teacher and as a middle school academic support teacher.

Joan was admired for her humility and humor, her belief that every student had the ability to succeed, her inexhaustible patience, and for her wise guidance and counsel to her fellow teachers.

Throughout her life she gave freely of her time and energy; to neighbors and friends, to colleagues and organizations. She volunteered with the League of Women Voters, Bristol Highlands Improvement Association, Girl Scouts and Boy Scouts of Rhode Island, St. Michael’s Episcopal Church, and the Bristol Yacht Club.

Her children and grandchildren were her greatest joy. They adored her dry wit and quick sense of humor, her encouraging words, her kindness, and her ability to make each one feel special and unique.

After her husband passed away in 2014, Joan relocated to Darien to be close to her devoted daughter Melissa and her family. In her final days, she was able to say farewell to those she loved. She expressed her gratitude for her life and her family. She felt complete and at peace.