I love reading timetables. Not the new ones on smartphone apps, but the old printed ones. Reading about a train or plane’s journey on paper is almost like taking the ride itself.

Growing up in Canada, I was fascinated with the two major passenger railroads, the quasi-government owned “crown corporation” Canadian National Railroad (CNR) and the private Canadian Pacific Railroad (CPR). Both ran transcontinental trains from Montreal and Toronto to Vancouver, a journey of 70-plus hours — if they were on time.

I wondered why the CPR’s streamliner “The Canadian” left Toronto at 4:15 p.m. while its CNR competitor “The Super Continental” left at 6 p.m. And why did the CNR’s later-leaving train arrive four hours earlier into Vancouver than the CPR? Reading the 31-stop itinerary explained why: they took much different routes through the Canadian Rockies. The CPR’s more southerly, scenic route was the highlight of the trip, so they timed the journey for daylight hours. 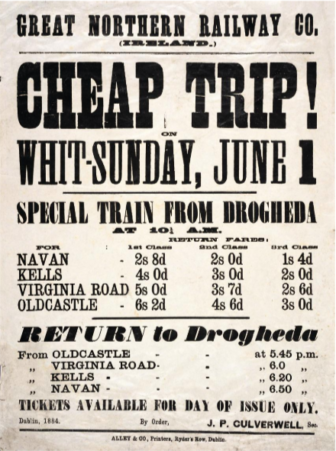 Canada has two official languages, English and French, so by reading those timetables, I learned that “quotidien” meant daily, “repas” meant meal and “douane” translated as customs, as in crossing an international border.

Fast forward 50 years and I’m still intrigued with old New Haven Railroad timetables, comparing that private railroad’s speeds with those of present-day Metro-North and Amtrak. How did the New Haven make it to Penn Station in 90 minutes while it today takes Amtrak 109 minutes?

But old timetables contain more than train times. They also talk about the entire travel experience.

In 1955, did it really cost just $7.75 to go from Boston to New York in coach ($14 in a lower berth, $13 in an upper)? The old timetables also list what type of rail cars comprised each run: coaches, Pullmans, Parlor-Lounge car (some equipped with two-way radio telephones) and diners.

On the aviation side, I remember when airlines published their own timetables, often promoting their advanced aircraft: American Airlines’ 707 Astrojet, United’s DC-8 Mainliner and Braniff Airlines “Conquistador” DC-6

The illustrations were always of well-dressed travelers smiling as they boarded their planes using ground-stairs, long before airports had jetways. The seating looked roomy and comfortable as well-coiffed stewardesses served elaborate meals.

But the granddaddy of all airline timetables was the OAG, the Official Airlines Guide, a phone-booked-sized (look it up, kids) compendium of every flight in the country. As a one-time road warrior, I even subscribed to the “pocket” version, which was about an inch thick. Miss a flight? Your OAG would show you the alternatives.

What I enjoyed most about reading the OAG’s railroad-style timetable wasn’t the flight times, and later, the on-time performance percentage, but the kind of aircraft used on each flight. I took a liking to TWA’s iconic L-1011s and avoided American’s DC-10s after the deadly 1979 crash at O’Hare.

And after 9/11, I always opted for any airline flying Airbus equipment. The reason? The 9/11 terrorists had gone to flight school to learn how to fly traditional “yolk” flight controls, but only the airlines’ own simulators could train pilots on the Airbus fly-by-wire joystick controls. So, Airbus jets were not going to get hijacked. Or so I hoped.

Today, there are no paper timetables. All the information is online and on my phone — handy, but not as romantic.

— Quote, pictures and list of links added by Darienite.com