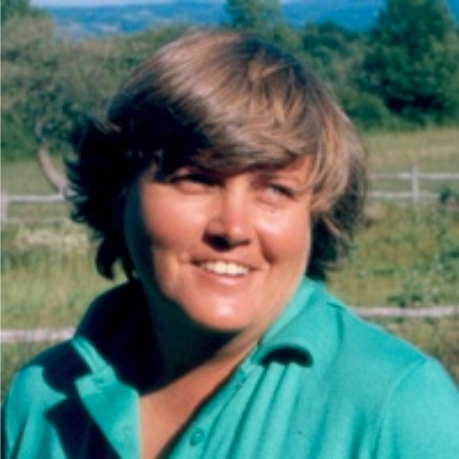 Jane K. Bassett, 81, of Ithaca passed away peacefully on Sunday, Oct. 21, surrounded by her family.

She was born on Jan. 24, 1937 to Frank and Jane Kermes. She attended school in Darien, Mount Holyoke College, and the University of Rochester in New York, where she received her master’s degree in geology.

While there she met her future husband William A. Bassett. They married Sept. 8, 1962, and their three children, Kari, Jeff, and Penny, were born soon after.

Jane grew up wanting horses, and the existence of a barn was a requirement of any place she chose to live. She instilled this love of horses in her daughters who both took up riding.

After the children left for college, Jane took to the show circuit with her own horse Heather. Traveling was always a significant part of Jane’s life starting with camping with her husband and children. They traveled across the country several times pulling a pop-up camper trailer, and stopping often.

— an obituary from Bangs Funeral Home

When Bill took students on field trips, the family often came along, giving Jane a chance to teach geology to the children. After Jane started using a wheelchair, she and Bill continued to travel in their specially modified camper.

She also travelled overseas with Bill including sabbatical stays in France, Germany, and Hawaii. They also paid a visit to their daughter living in New Zealand.

To the end, she enjoyed visits with family. Jane was interested in arts and crafts over the years learning to sew, knit, spin and dye wool, weave, sketch, paint, take photographs, and needlepoint.

She enjoyed collecting antiques and participating in antique shows where she and Bill often purchased more than they sold. She was a well-known sight with her electric scooter with her two corgi dogs.

Jane, as the result of a stroke, had to endure many more years in a wheelchair than anyone should have to. Yet, she continued to lead an active life and accomplish a remarkable amount in spite of her long confinement to a wheelchair, learning to deal with ever increasing limitations.

Health aides who were hired to help care for her became like family over the years. Her friendliness and willingness to listen always led to interesting conversations.

She died peacefully in her sleep after her children arrived home to say good bye.